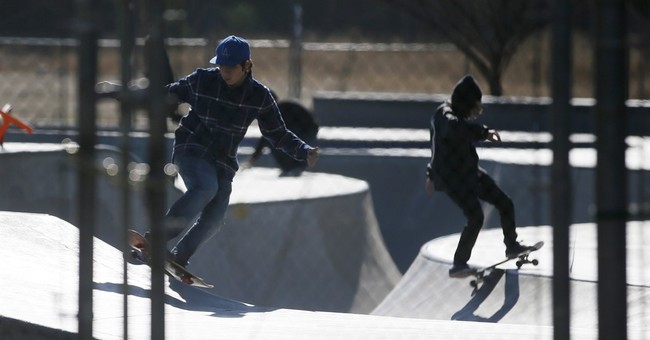 For years now we have seen the impotent anti-Trump crowds on social media trying to show they are ‘’resisting’’ a president of whom they disapprove. They do so in the most passive ways possible; they put blue wave emojis on their account, or post memes that have all of their warrior blood earnestness written out with a Sharpie. It is such a sad display of angst that it becomes amusing.

Meanwhile, in California we are seeing some true ACTIVE resistance taking place, and those rising up are not exactly doing so in the ‘’Orange Man Bad’’ style of derangement. Quite the opposite might be taking place. What we are witnessing is the newest generation acting out in defiance of government overreach, a participation in resisting leftist statist control and it is deeply encouraging to see.

Across the country we are seeing state and local governments salivating at the numerous ways they can latch onto more power, wielding more control over their citizenry. We have seen them go to asinine lengths to enforce state power all in the name of ‘’public safety,” from dictating what activities are permitted to what items are allowed to be sold inside private businesses to ridiculous curfew standards which even preclude dog walking at night.

Days ago we collectively shook our heads when in California we saw footage of state-ordered land movers on a beach, filling the public skateboard parks with the beach sand (as Alex Parker covered here) in order to prevent the rebellious skateboard crowd from showing up to skate. It was just another entry on the growing list of ridiculous government actions, but there arose an encouraging sign.

In response to this move the skateboarders returned, shovels in hand, and they literally took matters into their own hands. They began excavating some of the bowls so they could reuse them, and others they managed to transform into dirt tracks for bike and motorcycle use.

What is taking place here may not necessarily be political in the minds of these youths — surely their primary motivation is to be free to skate once again. But at least a kernel of awareness may also be sprouting inside. This is California, where statism is nearly a religion, and there have been signs recently of residents getting fed up with the totalitarian mindset. As our Jennifer Van Laar has covered extensively, protests have sprung up in the state. Gun Sales have exploded as first-time gun buyers suddenly have a dawning on the benefit of self-protection.

Now we see the youngsters also displaying a willingness to defy the mandated behavioral edicts these drunk-on-power leaders have displayed. It is the proper response. When faced with jack-boot level methods the best and most appropriate response is a metaphorical middle finger.

While the press has been touting the merits of statism and socialism for the better part of the last year here we see a sign of a willingness of our youth to actually defy the state. While the loud leftists are hashtagging their messages, here we witness what actual resistance looks like, and it is encouraging to behold.