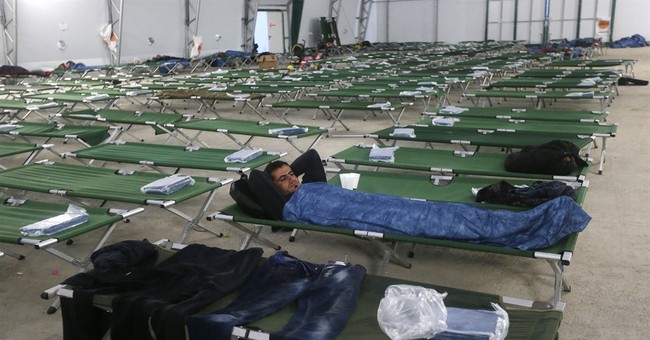 It is a case of which disaster takes priority.

More challenges for citizens across the country were realized last night as some areas of the Southeast were hit with tornadoes, stemming from a strong storm system. It has moved eastward and now brings similar threats today to Atlantic coastal areas. These seasonal dangers are not unexpected, yet the current state of our nation is delivering an unknown set of challenges for residents in these targeted regions.

It is a familiar sight to see public school gymnasiums and other such structures become transformed into temporary emergency shelters for those who have been severely impacted by storms. But what are emergency managers to do in the current climate of social distancing, when forced to gather groups of victims together? Levels of threat have to be measured and needed steps have to be declared, all while anxious residents deal with a dual challenge in the name of safety.

Going to be a long night in the southeast with numerous large and dangerous tornadoes stretching from Mississippi to Georgia. Take shelter immediately upon warnings. If you are headed to a tornado shelter take a mask with you. Social distancing guidelines are being followed. pic.twitter.com/ptZvCJZchK

The rather obvious course of action is to deal with the prioritized dangers. If gathering in a large group is needed when facing a direct threat from a tornado, then that is the needed choice. In one posting, we saw that in a location beset by the storms, it was not as cramped as feared, and some buffered distance was achievable.

The tornado shelter in #Starkville is crowded. I’m still 10 feet from the closest people though #SocialDistancing #MSwx pic.twitter.com/ihgFmpBWfr

THE TORNADO SHELTER AT HELENA HIGH SCHOOL IS NOW OPEN. PETS ARE NOT PERMITTED, OTHER THAN SERVICE DOGS DEFINED BY ALABAMA LAW. PLEASE MAINTAIN SOCIAL DISTANCING.

This is what our current climate of viral hysteria has reduced us to in recent months. The threat from coronavirus infection has been hyped in the media so much that it is beginning to affect the emergency preparedness of citizens. It is only a guess as to how many may have been reticent to take protective shelter during a tornado threat as a result of fears they might be harboring resulting from the COVID-19 hype.

The forward-thinking concern, too, is regarding the length of this quarantine mandate with the start of the hurricane season approaching. The hope is that by June 1 — the official start of that weather session — we will have been taken off of the restrictive social mandates and much of the anxiety of intermingling in public will have been ramped down.

With hurricanes covering much wider areas and concerning timeframes of days, the need for sheltering is far greater and more widespread. Anything that is preventing citizens from taking appropriate caution in shelters could lead to more drastic results.