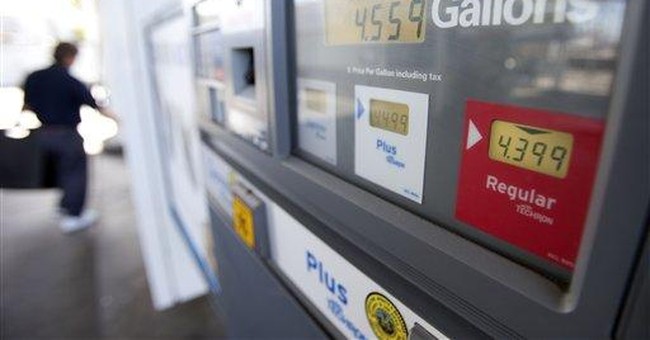 One report is turned in that fills the assignment to accuse Trump of lying, but they hope we don’t check their work.

The latest example of the press degrading itself further in its never-ending quest to tear down President Trump is both mildly innocuous but also perfectly illustrative of the obsessive nature of our press and the imbalanced thinking they apply to the man. When even some basic comments which are easily researched become fodder for outrage you really get a sense of the level of derangement harbored in the sector of our media.

This newest outrage surrounds a recent mention made by the President regarding the sharp drop in gas prices we have been experiencing the past weeks. In his mention, the President referred anecdotally to having seen prices in the sub-$1.00 range. This basic comment got James Hohmann triggered into action. The correspondent for The Washington Post leaped to the fore with what he thought was a stinging and immediate rebuke of President Trump’s claim.

We are to the point that we have to marvel at the level the press has descended in their reactionary outrage any more. That Hohmann thinks this has somehow made a point means one of two things has to be in play: either he thinks no one is astute enough to see the sophistry in this attempt, or he is legitimately unaware of how an average figure is compiled. Whichever is in play, he has completely invalidated himself in the process.

It takes but moments to unravel Hohmann’s claim to have dunked on the President here, but as pedestrian of a practice this is, it becomes necessary to walk him through the simplicity of it all. This is done not to simply prove his contention incorrect but to illustrate the sheer absence of anything approaching journalism on his part. Whether it was a rush to slam the President or the hope of deceiving enough of the public, Hohmann’s pathetic retort is a result of zero curiosity being applied.

It goes without saying — yet clearly needs to be said — that Hohmann’s figure of $1.94 is arrived at by factoring all gas prices, both those on the high end and low end of the tabulations. Yes, this is basic. And yes, this seems to have eluded his sharp journalistic mind. Now, let’s delve into the source material provided by Hohmann.

This site by the American Auto Association that has very broad metrics available. They break down gas pricing based on states, and if we look over the lower-priced regions we see Wisconsin in the low end, with prices there averaging $1.43. Clicking on the state they give pricing breakdowns by county, now showing some landing even lower, down to prices below $1.34. In that bottom tier, we have Waushara County, which is sporting an average of just $1.15. Again, to help James out here, that is an average price in the county, meaning there are locations offering gas below that figure. And look at what can be found:

So the President overstated things by the amount of a few pennies. And this is not a very local anomaly, as Mo provides in her thread, at least ten states are sporting prices in the sub-dollar strata.

This is what the current media climate has us reduced to — the need to fact-check the press who feels they are impervious to corrections, as they feign the job of fact-checking the President. But when they are incapable of basic research, we are in the role of doing it for them…to expose the sloth and apathy they are mired in while afflicted with a derangement that eclipses their basic job duties.