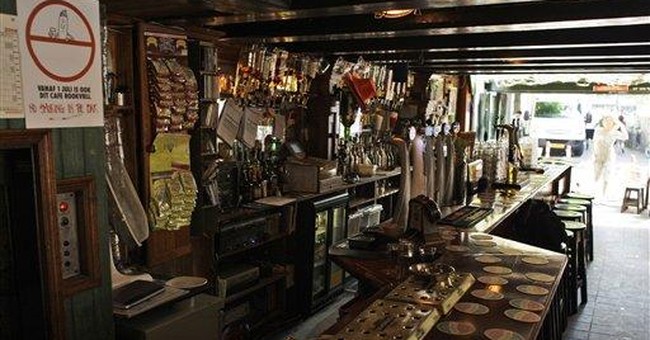 We are seeing a social shift from using phones in bars to needing to connect with others while home.

Early in my career as a bartender I sat in a staff meeting that still lingers with me today. The manager was not happy with what he was seeing so he posed a question to all of us: ”What is the number-one reason people go to a bar?’’ We wrote down our answer and he had turn the sheets; all of us had answered, ”To get drinks.’’ He looked us in the eye to tell us that every one of us was wrong.

‘’If someone wants a beer, or a cocktail it is far cheaper for them to go buy those and take them home. The main reason they are in a bar is — to socialize.’’ This is something that is beginning to manifest itself online, as people are being ordered to self-segregate they are starting to turn to video conferencing as a way to reconnect with those in their community — or their extended online groups.

The truth behind the Q/A is recognized by anyone who socializes in public on the regular. Even if we do not interact with patrons simply being a part of a collective is enriching enough for most. I have been experiencing the inverse of this past week. In anticipation of closings in our area, we have been frequenting the local tavern and other establishments as much as we could. Spending St. Patrick’s Day in a place that had table segregations and ⅔ of the bar stools removed lent a vacuous appearance to a sparsely filled bar area. The impact this had knowing normally the bar would be standing-room-only was a psychological letdown.

Now with the bulk of our citizenry becoming billeted at home, many are turning to technology to reconnect with those they have been separated from in the name of viral contagion. Virtual Happy Hours are rising in number, with more being scheduled and staged via social media. People are tippling on their T1-connection with either their former barfly allies or doing so with those they have long known online. Even brand new connections are being made through FaceBook and Twitter in ‘’virtual bars’’ being organized for the quarantine period.

The irony of this is that over the years it has been a growing reality that people sit in a bar and do not socialize, preferring instead to stare at their phone screen, missing the entire reason for going to a social setting because they are on social media instead. Now when told they cannot ignore the general public any longer the immediate reaction is to reach out to others in a facetime-to-facetime fashion. Let’s call that the pint glass being half full.

While this may not be the same as direct contact at least there is some added level of communication taking place. Maybe once we are giving the all-clear and can return to the quotidian patterns of our lives then all of these rediscovered speaking skills can be employed in a more personal fashion.