The violence in Kenosha, Wisconsin reached its boiling point last night as at least two people were killed in violent clashes between rioters, looters, and those looking to protect themselves and their property. Prior to last night, in a newly released letter, the County Board of Supervisors were already saying enough is enough. The message was sent to the Democrat governor calling his response “woefully inadequate” and demanding he accept Present Trump’s offer of help.

BREAKING: In a letter obtained by @OANN, members of the Kenosha County Board of Supervisors formally request @GovEvers to accept 2,000 more National Guardsmen deployed by President Trump pic.twitter.com/rGDQfZJneP

Unfortunately, the pleas from the county were not taken seriously by Gov. Evers, who continued to try to appease the rioters going into yesterday evening. The result was more businesses burned, two people dead, and numerous other violent actions taking place. The political games Democrats continue to try to play are now costing more lives.

But apparently Evers got the message this morning, as he got on the phone with the White House and accepted the offer of help to quell the unrest and chaos. According to President Trump, the National Guard is being deployed as we speak and should be on scene tonight.

…TODAY, I will be sending federal law enforcement and the National Guard to Kenosha, WI to restore LAW and ORDER!

This is the right move and it’s well overdue. The governor should have secured his streets Sunday night. But like most Democrat governors, he’s spineless and decided it’d be best to stoke the flames with an inflammatory message that assumes facts not in evidence about the shooting of Jacob Blake. He has now reaped the whirlwind.

Sadly, Evers won’t be the one to pay the price here. Those who’ve lost their livelihoods and shouldered the results of the violence will be the ones to pay. Hopefully, Wisconsin voters are paying attention. They narrowly elected Evers after the highly successful Republican administration of Scott Walker and they’ve paid dearly for it. There should be a recall effort, and if not, there’s noway Evers should be handed a second term after this. He is not willing to stand up and do his job in the face of pressure. That’s not a quality anyone should want in an elected official. 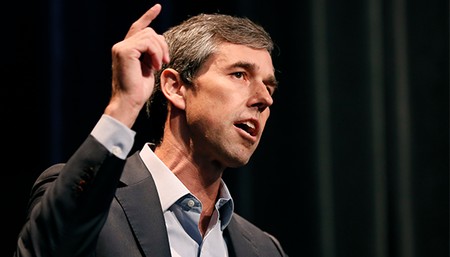