Question: How do you suck the fun out of any party?

It would appear that the Federal Election Commission wants to discourage the political future of the likes of any more “Deez Nuts,” “Butt Stuff,” “Master Alexander Soy Sauce and Taters Gordh First” or feline candidate “Limberbutt McCubbins.”

“The Commission has authorized staff to send verification letters to filers listing fictional characters, obscene language, sexual references, celebrities (where there is no indication that the named celebrity submitted the filing), animals, or similarly implausible entries as the name or contact information of the candidate or committee,” the agency announced Thursday.

I do like that they added that part about the named celebrity submitting the filing. If they’d tweaked that rule and put it out a little sooner, we may have avoided the reality TV joke that’s running the Republican party over a cliff, currently.

Apparently, there were so many filings by “fake” candidates, that the FEC felt it necessary to draft this new policy, as well as send letters to all those who have filed what they deem as questionable applications.

The letters warn of possible fines and they also plan to implement a “working group” to hash out further restrictions ahead of the 2017-2018 election cycle.

I was ready to give Deez Nuts a serious look. 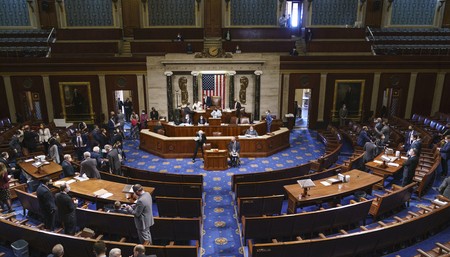 And the NFL Playoffs Roll On
Jerry Wilson

The Today Show Cornered Kamala Harris...And Things Quickly Went Off the Rails
Townhall
Dr. Vinay Prasad actually *listened* to Joe Rogan's interviews with vaccine skeptics in order to write 'single FAIREST analysis of their views you will read'
Twitchy
WH Orders Press out as Biden Loses It on Reporter for 'Stupid Question' on Ukraine
Redstate
The Morning Briefing: Meat Loaf Is Dead and Howard Stern Is Now Your Grandmother
PJ Media