Combat Veterans for Congress PAC: Military "Extremism" Purge May Result in Conservatives Being Driven out of the US Military

This is an editorial from the Combat Veterans for Congress Political Action Committee that examines the considerable risk in a 60-day stand-down of the entire US military, ostensibly to root out “extremists” in the ranks – a clearly political move by an extremist administration. It is posted here with the permission of the author. CVFC PAC supports the election of US military combat veterans to the US Senate and House of Representatives. Their cause is righteous, and generous donations are welcome at the links at the end. The editorial begins:

An order was issued by Secretary of Defense Lloyd Austin that all members of the US Armed Forces must stand down to address “extremism”. It is unprecedented, unnecessary, and a dangerous practice that will create instability and worse among career members of the US armed forces.

The US military has been one of the role models for the rest of the nation to follow in addressing and overcoming discrimination, extremism, and radicalism. The understanding between races within the military has made the US military one of the few places in society where advancement to the most senior ranks has been much less biased than any other integrated work force.

To develop searches for extremists in the military would be to develop the kind of political litmus test that Communist China, Communist Cuba, Communist Venezuela, and Marxist Russia have employed to indoctrinate the members of their military as a way to make them politically correct and compliant.  Members of the US military will believe that their personnel and private political views will be under the kind of investigative scrutiny that the members of the US armed forces have never experienced in their 245-year history. If an individual does not agree with some of the views of their superiors, and they believe that their difference of opinion would negatively affect their chances for promotion and retention, it would negatively affect morale and would be the worst possible thing for personnel retention. Threatened military members simply would not re-enlist.

Military personnel will ultimately believe that their conservative views are being singled out, and that – once identified as “extremists” through arbitrary designation – they will be weeded out by being passed over for promotions. They may not support abortion for religious reasons, not agree with transgender individuals serving in the armed forces because they may affect the unit in combat effectiveness, may not support gay rights observances or other political observances on US military bases because it is against military regulations, would not support Black Lives Matter attacks on police officers, and may not support mass COVID-19 vaccinations for all military personnel. All these are potential reasons for being designated as “extremists.”

Communist China has infiltrated US colleges, corporations, and the political system with hardcore and well-trained Communist instructors. The socialist indoctrination of public school students with the Common Core curriculum has resulted in 52% of the youth in the Republic preferring socialism to democracy. Communist China developed major Communist indoctrination centers, the Confucius Institutes on 81 US campuses, staffed by Communist Chinese instructors who have had great success in converting college students to socialism. A percentage of the students indoctrinated on college campuses and Communist businessmen working with America’s youth in Communist Chinese-owned businesses in the US will join the US military over time and will spread the Communist doctrine they believe to other members of the US armed forces. The US armed forces will become much less conservative, and more accepting of socialism.

Americans are being told that the Proud Boys, Sovereign Citizens, and other alleged white supremacist groups are responsible for the rioting in the streets. As a former FBI intelligence analyst, whose duty it was to report and track all domestic terrorists, I can state that I never even heard of most of these white extremist groups. As a complete contrast, the radical anarchist and progressive involvement in the violent domestic demonstrations in many American cities throughout 2020 has been carefully covered up.

The leftist mainstream media has denied and tried to cover up the fact that over the last 12 months ANTIFA domestic terrorists and Black Lives Matter Marxists have created over $2 billion in damages to private businesses, employed arson to burn down buildings, and looted thousands of businesses in 100+ Democrat-controlled sanctuary cities. During those riots, hundreds of police cruisers were torched, over 700 police officers were injured and hospitalized (some police officers were blinded), and about 50 police officers were assassinated in planned ambushes or were killed in riots. The same type of violent rioting by ANTIFA and Black Lives Matter continues today in Portland, Seattle, Washington, DC, and Minneapolis.

Biden administration Secretary of Defense Lloyd Austin and the FBI have been threatening all members of the US armed forces, such that if they are associated with members of any white extremist groups, then they could be dismissed from active duty. SECDEF Austin conveniently never cautioned members of the military that if they were associated with ANTIFA, Black Lives Matter Marxists, the Communist Party USA, the Marxist Leninist Workers Party Front, ANSWER, The Communist Party’s Progressive “Unity Fund”, the hardcore Marxist Leninist “World Workers Party”, the Muslim Brotherhood International Terrorists Organization, MICHA, the New Black Panther Party, LA Raza, the Pro-Communist Casa de Maryland, the Weatherman Underground, The Muslim Brotherhood International Terrorists, The Communist Party USA, Color of Change (destroying hundreds of historic statues of individuals), Indivisible, Ultra Violet, By Any Means Necessary, the Democrat Socialists of America, etc., that they would be removed from active duty. It certainly appears to be a double standard! 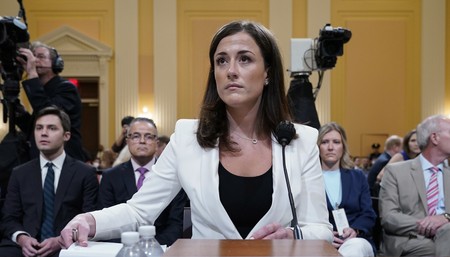