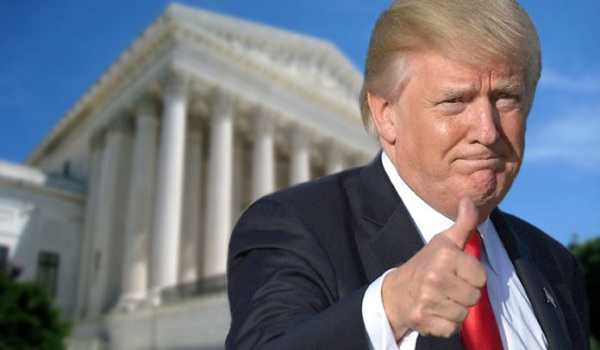 In a recent letter to Senate leadership — is that ever a contradiction of terms — signed by the Republican governors of 31 out of 35 states and territories, Senators were asked to “expeditiously” confirm Kavanaugh’s nomination. In the letter, they wrote: “Judge Kavanaugh’s impeccable credentials demonstrate he is worthy of this nomination.”

However, according to a recent Quinnipiac University poll, these governors might be out of touch with their constituents.

When the 1177 voters polled were asked if they believed the Senate should confirm Kavanaugh to the Supreme Court, 41 percent responded “no” while 40 percent said “yes.” This “split down the middle” was surprising, considering that a plurality (45 percent) also believed that Kavanaugh would make the Supreme Court more conservative.

Kavanaugh’s nomination has also become a bit of a good news/bad news situation for some of the GOP senators Trump will need to see him confirmed.

Sen. Rand Paul is allegedly torn on how he will vote on the nomination due to past opinions by Kavanaugh where he appeared to put government interests ahead of Fourth Amendment protections against unreasonable search and seizure. Personally, I think this is simply another of Paul’s classic “spotlight” moments where he pretends to be looking out for the Constitution only to cave when the lights go out. Based on his Trumpian behavior lately, I believe Paul will vote to confirm Kavanaugh.

Another GOP senator facing the good news/bad news conundrum concerning Kavanaugh is Dean Heller (NV) who faces a very tough re-election in November. Already a pathetically weak candidate due to his non-conservative brand of conservatism — he once defended abortion and Planned Parenthood funding as the conservative position — Heller has gone full-Trump since winning his primary race, putting him in a politically tough spot.

When Kavanaugh was nominated, I wrote about how Trump selected him solely for self-interested reasons, specifically, Kavanaugh’s likely vote in favor of Trump if he should ever be indicted in the Russia scandal. Besides once ruling that a sitting president is above the law, concern over Trump’s motivation for nominating him was confirmed after we recently learned that Kavanaugh disagreed with the unanimous Supreme Court ruling that forced Nixon to turn over the Watergate tapes.

In another piece, I wrote about how Kavanaugh’s anti-Fourth Amendment opinion in a 2015 case involving NSA warrantless spying—he considers it legal—provided adequate reason to reject his nomination because, in the words of Rep. Justin Amash (R-MI), we don’t need a “rubber stamp for the executive branch.”

Depending on how you look at it, Kavanaugh’s nomination and possible confirmation to the Supreme Court is a good news/bad news situation for Trump and the GOP. In my opinion, it’s nothing but bad news for constitutional conservatives.