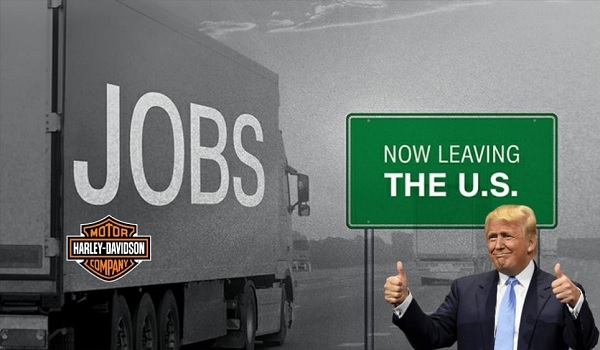 After reaching record highs in January when the Tax Cuts and Jobs Act took effect, the DOW Jones Industrial Average has been on a downhill slide following Trump’s declaration of war against free trade. 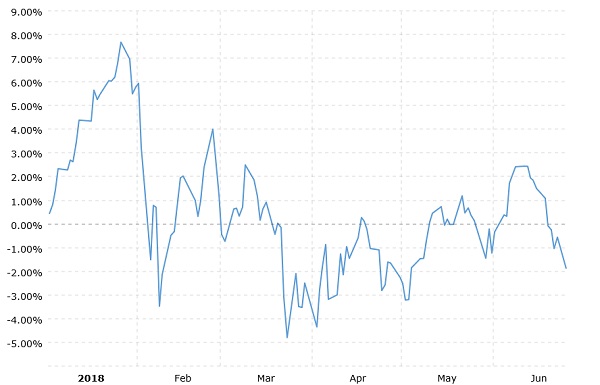 Unfortunately, as we witnessed this past weekend, Trump isn’t showing any indication that he is prepared to “deal” in order to bring this self-inflicted war to an end. Instead, Trump threatened to level additional “tariffaxes” (H/T Shannon Joy for the cool new word) and “more” against any trading partner who dares to retaliate by leveling tariffs against the US.

Based on the Tariffs and Trade Barriers long placed on the U.S. & its great companies and workers by the European Union, if these Tariffs and Barriers are not soon broken down and removed, we will be placing a 20% Tariff on all of their cars coming into the U.S. Build them here!

The United States is insisting that all countries that have placed artificial Trade Barriers and Tariffs on goods going into their country, remove those Barriers & Tariffs or be met with more than Reciprocity by the U.S.A. Trade must be fair and no longer a one way street!

Trump’s “Art of the Deal” approach to free trade is having an adverse effect on consumer prices. His first round of tariffs in January on solar panel and washing machine imports resulted in significant price increases. And Trump’s across-the-board tariffs on steel and aluminum in March are responsible for doubling the price of steel on US manufacturers and price-gouging by steel providers.

While the casualties in Trump’s trade war have been kind of “faceless” so far, that changed yesterday with the announcement by Harley-Davidson that the US motorcycle company would be moving more of its production outside of the US in response to Trump’s tariffs.

“To address the substantial cost of the tariff burden long-term, Harley Davidson will be implementing a plan to shift production of motorcycles for EU destinations from the US to its international facilities to avoid the tariff burden.”

Shortly after the November 2016 election, Federal Reserve officials expressed concern over Trump’s economic policies and how aggressive changes in the areas of taxes, spending, and trade could be come inflationary and cause interest rates to rise. With tariffs causing rising prices, and with the Federal Reserve raising interest rates, it would appear their concerns were justified.

Ever hear of the Smoot-Hawley Tariff Act of 1930? This law started out as a bill to raise tariffs on some agriculture products to protect farmers, but as big government is prone to do, it grew to protect a host of special interests affecting all sectors of the economy. By the time it reached President Hoover’s desk, Smoot-Hawley represented one of the largest tariff increases in history, and though they didn’t cause it, these tariffs are considered a contributing factor to the Great Depression.

By the way, Smoot-Hawley is an example of how tariffs are supposed to be created under the Constitution. Whether tariffs may be good or bad, they should originate in Congress and be signed into law, not arbitrarily imposed by the president.

Despite Trump’s sunny outlook about how trade wars are “good” and “easy to win,” could his “knee jerk impulses”—as the Senate Finance Committee recently described it—regarding tariffs be the final nail in the coffin that, when added to rising prices and rising interest rates, causes a recession or depression?

History isn’t on our side when it comes to answering that question.