To save ZTE, did Donald Trump arrange for China to line Ivanka’s pockets too? 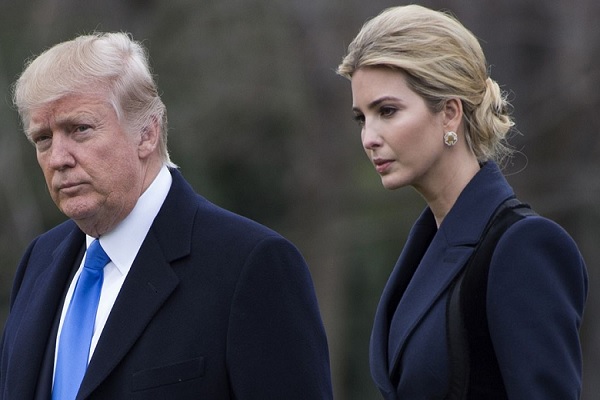 A few weeks ago, I wrote about Trump’s decision to save ZTE, the China-based telecommunications company he had previously banned from doing business with US corporations. At the time, Trump didn’t immediately lift the ZTE ban, so I took some flack from readers for calling it a done deal, even though I quoted Trump himself.

To be fair to those who shouted their fake news accusations against me, let me say that I kind of get their point. If we’ve learned anything about Donald Trump, it’s this: just because he promises to do something, doesn’t mean he’ll actually do it. Or, as one of my readers said, “One man’s lie is just another man’s ‘Art of the Deal.’”

Unfortunately for those critics, Trump confirmed over the Memorial Day weekend that he has reached a deal with China to save ZTE. Included in the deal are “high level security guarantees” designed to keep China in line in the form of a $1.3 billion fine and a requirement for ZTE to buy US parts.

Senator Schumer and Obama Administration let phone company ZTE flourish with no security checks. I closed it down then let it reopen with high level security guarantees, change of management and board, must purchase U.S. parts and pay a $1.3 Billion fine. Dems do nothing….

So, it looks like Trump is okay with China taking US technology and selling it to North Korea and Iran—the reason the ban was put in place to begin with—so long as we get a check first.

As I wrote in my piece a few weeks ago, this change of heart by Trump creates an incredible danger to national security as ZTE was already banned by the Department of Defense over concerns that the phones could be used to spy on Americans. I also wrote how Trump’s deal with ZTE had all the markings of a pay-to-play arrangement after it was discovered that the Chinese government, in an amazing display of coincidental timing, committed $500 million to a Trump-branded golf course and hotel project in Indonesia just days prior to his promise of relief for the troubled telecommunications firm.

However, it looks like The Donald wasn’t the only beneficiary of China’s apparent benevolence. In another display of incredible timing, the woman Trump once said he would be hitting-on if she wasn’t his daughter, White House advisor Ivanka Trump, won approval for a fistful of new trademarks from the Chinese government only days before Daddy’s ZTE announcement. Ivanka’s businesses have continued to win trademarks in China, having chalked-up another this past Sunday—the thirteenth over the last three months.

Like her father, Ivanka never divested her business interests, and she still earns millions from her various enterprises. Ivanka stands to make millions more from the trademarks.

This series of events hasn’t gone unnoticed by members of Congress in either party. Marco Rubio is preparing a bill that will prevent ZTE and other Chinese telecommunication companies from operating in the United States due to the threat they pose to national security, and according to Rubio, his bill will have super-majority support. Meanwhile, Democrats are requesting an ethics investigation into Trump’s ties with China.

NEW: Will be sending this letter with more than 60 colleagues to demand an ethics investigation into @realDonaldTrump advocating for a Chinese company just days after China’s government gave his company a $500 million loan. pic.twitter.com/EC2fbjz4gr

While the Mueller investigation into Trump’s Russia connections continue to make the headlines, that story could be small potatoes compared to what’s happening in China. Not to worry, though. Like Russia, I’m sure there’s “no collusion” between China and anyone bearing the name of Trump.