NBC’s Richard Engel reports that Russia has offered terms to Ukraine in return for Russia ceasing its military operations. According to Engel, Russia will end hostilities if Ukraine agrees to become a neutral state and will agree to forbid deployment of foreign weapons inside Ukraine.

Moscow is willing to negotiate terms of surrender with kyiv, Kremlin Press Secretary Dmitry Peskov.
In exchange Ukraine would: a guarantee of neutral status and the promise of no weapons on its territory. Per RT.

There are any number of reasons that this may be happening. It could just be a head fake designed to bring diplomatic pressure to bear on Kyiv and remove some pressure from Moscow. It could indicate that the oligarchs are nervous about potential sanctions and want this adventure wound down. It is also possible that the Russians have simply overextended themselves and are facing a protracted conflict if Ukraine holds fast. What has struck me about this entire operation is the level of operational sophistication that the Russians are trying to showcase. The Russians are attacking over three widely separated axes of advance. Nothing we’ve seen of the Russian Army in the past thirty years would indicate that the Russian Army can sustain the logistics necessary for this ambitious plan.

In the meantime, the fate of the free world is in the hands of only the best and brightest. 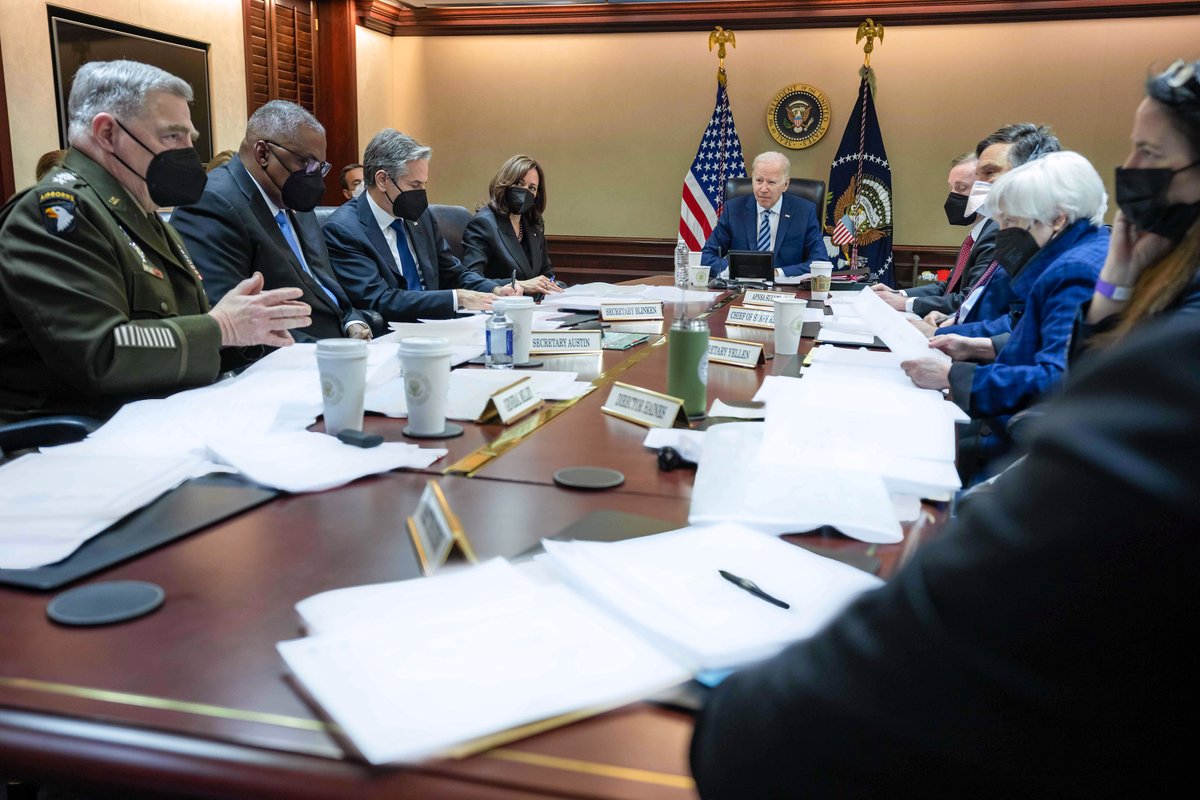 Ex-Obama Adviser: Things Are 'Out of Control' Because Biden Is Not 'In Command'
Townhall
Biden's slam on capitalist gas station owners gets a thumbs up from China state-affiliated media blue check
Twitchy
Even Jeff Bezos Is Dragging Joe Biden Now
Redstate
Another 'Cassidy Blasey Ford' Claim Appears Headed to the January 6 Committee Dumpster
PJ Media