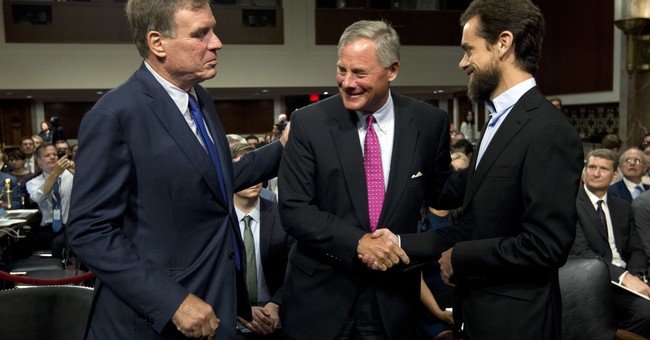 Yesterday, I posted about the current standoff in the Senate over the reauthorization of the 2015 USA Freedom Act. One of the provisions of that act is the reauthorization of the Foreign Intelligence Surveillance Act amendments that first appeared in the USA Patriot Act. As we all know, it was those provisions that allowed the Obama administration to illegally spy upon the presidential campaign of Donald Trump and to subsequently monitor the activities of his transition team. These activities were a prelude to the attempt to weaponize the independent counsel investigation process as a way of bringing down President Trump.

READ: Rand Paul Is Poised to Scuttle the FISA Law and America Would Be Safer If He Succeeds

The issue is that the FISA, as amended, has mutated into an unsupervised and unaccountable process dedicated to trampling civil liberties and, apparently, targeting political opponents. The House and Senate leadership, and when I say House leadership I’m including GOP House leadership as well as Pelosi and her buttboys, deliberately delayed action on this until the last minute to avoid addressing the badly needed reforms for the law and elected to try to ram it through as some sort of national security priority.

Attorney General Bill Barr has offered a package rule to curb potential abuses but these are, at best, inadequate. In fact, I’d be surprised if anyone really believes that Barr has the internal clout to make these regulations actually work or even to curb current abuses or punish past abuses.

Senator Mike Lee offered a very reasonable solution. Extend the law by 45 days, the House and the Senate can use that time to fix the well-documented shortcomings of the bill and then pass it.

@realDonaldTrump: Per your concerns, we should delay consideration of expiring FISA provisions for 45 days—reauthorizing for a few weeks to give us time to improve the FISA bill passed by House Democrats. That would give us time to deal with COVID19 and then fix FISA. https://t.co/Pd0Flh2KLf

Giving away the real agenda of cramming this horrible and abusive bill down America’s throat, Senate Intelligence Committee Chairman Richard Burr said no:

WOW: Sen. Burr, objecting to Lee's ask for a 45 day extension of FISA:

President Trump has made it clear that he does not like the House’s bill and has hinted at a veto.

Many Republican Senators want me to Veto the FISA Bill until we find out what led to, and happened with, the illegal attempted “coup” of the duly elected President of the United States, and others!

What Burr has done is basically dare President Trump to veto this bill. His calculus, spelled out in Mitch McConnell’s statement, is that the Congressional leadership plan to demagogue this issue. They are going to claim that letting the law lapse is irresponsible and they know that eventually, they will steamroll the resistance that can be mounted by a handful of senators. They are then going to give President Trump the same treatment.

Will President Trump veto a bill that has the approval of his own Attorney General and the Senate Majority Leader and hope that there will not be a terror attack on US soil for the next four years? Or will he cave and sign a horrible bill that he dislikes?