Earlier today a major Saudi Arabian crude oil field was hit by an attack. The first reports said that the attack had been carried out by 10 drones (I don’t know how they convinced Jim Swift and the rest of the Bulwark gang to strap on explosive jet packs and yet… okay, that’s a joke, there is no known jetpack that could lift Swift) and the Iranian allied and supported Houthis in Yemen claimed responsibility.

According to the Wall Street Journal, this oil field produces about 5% of the world’s crude oil and is now off line. The Saudis claim they will have it back in operation by Monday. The operative word is “claim.”

Some things in the story, however, never made sense. For instance, the range was well over 500 miles from Houthi territory (here I’m just measuring from the Yemeni border) which is extreme for the drones they have, particularly if they are carrying enough ordnance to cause the damage we see in the video. The Houthi use the Iranian Qasef-1 drone which has a range of about less than 300 miles on a suicide mission and can carry a payload of about 60-lbs. Blame me for the bad graphic:

It didn’t take long, however, for imagery to be produced that indicated something different:

This is the part seen on your pics I think.. pic.twitter.com/0VyDlVJ8bq

What you’re looking at there appears to be a cruise missile that pancaked enroute. This makes much more sense than an drone because the we know the Houthi have deployed cruise missiles before and the range and payload make the attack and the damage from the attack plausible.

Just a couple of hours ago, Secretary of State Mike Pompeo killed off a perfectly good narrative.

We call on all nations to publicly and unequivocally condemn Iran’s attacks. The United States will work with our partners and allies to ensure that energy markets remain well supplied and Iran is held accountable for its aggression

What does he mean that there is no evidence the attack came from Yemen?

But officials around the globe investigating the attack questioned the Houthi claims and suggested the strike may have come from Iraq, to the north, rather than Yemen, to the south. Iran supports a host of Shiite militias in Iraq.

A direct attack of this scale on Saudi Arabia by Iranian proxy forces in Iraq definitely is a different situation than Yemeni rebels shooting cruise missiles. Rather than the low grade war that Saudi Arabia is involved in with the Houthi, this now threatens to be come a much more significant and broader conflict that could suck in the United States and Israel. 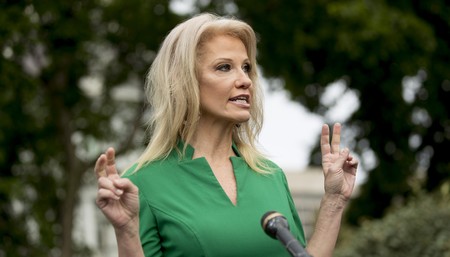