German President Frank-Walter Steinmeier, right, and US Embassador in Germany, Richard Allen Grenell, left, pose for the media during Grenell’s akkreditation at the Bellevue palace in Berlin, Germany, Tuesday, May 8, 2018. (AP Photo/Michael Sohn)

The Washington Post is aghast. A US ambassador is carrying out US policy and he’s offended REALLY IMPORTANT PEOPLE.

For the past year, German officials have been urging their U.S. counterparts to send a new ambassador to Berlin. But after finally receiving one, many may be having second thoughts.

Within hours of assuming his new post Tuesday, Richard Grenell triggered harsh criticism in this Trump-weary country after appearing to threaten one of the U.S. president’s frequent targets: German businesses.

In a tweet after President Trump’s announcement to leave the Iran nuclear deal, Grenell wrote that “German companies doing business in Iran should wind down operations immediately.” Germany, alongside France and Britain, wants to stick to the deal Trump is seeking to scrap. And while Grenell’s post may not deviate from the official White House stance on future European business dealings with Iran, the timing and tone struck some German politicians, journalists and business executives as offensive and inappropriate.

What sin did he commit?

As @realDonaldTrump said, US sanctions will target critical sectors of Iran’s economy. German companies doing business in Iran should wind down operations immediately.

Apparently, the truth offends them.

The truth is that they are offended because they have invested billions in Iran since 2015 and those investments are in danger. The Europeans are making squealing noises about shielding their companies from secondary sanctions, but that is nonsense. Companies doing substantial business in Iran are eventually going to have to have access to international banking networks and secondary sanctions will hit their bankers as well as the companies directly involved. Grennel gave them some sage advice. Wind down your operations now because Treasury is going to have no mercy.

This is an overdue eye-opener for the Germans. Ever since Obama chose to use the Brandenburg Gate as a setting for a campaign speech, the Germans have become accustomed to the US jumping when they speak. Under Obama we were not a superpower, we were the geopolitical equivalent of the big, weak, fat kid who starts crying and hands over his lunch money when confronted by any threat. Under Trump, we are again learning to act like a great power. Grennel, I hope, is just the first of many ambassadors who care more about the United States than they do about the tightly wadded and soiled knickers of people whose opinions really aren’t the final word. 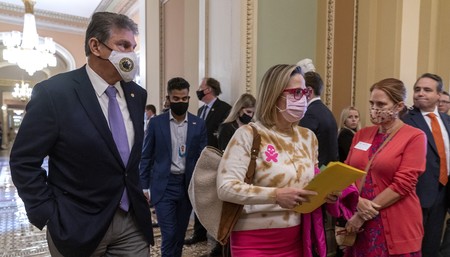