With all of the furor in Hollywood over the sudden discovery that young, attractive women who are trying for a career in movies might be looked upon as party favors by rich and powerful men, this may be the time to try nearly anything to stop scandal. As people sometimes say, “there is no such thing as a stupid idea.” (This, of course, is a favorite of people who’ve never heard a lot of very stupid ideas promoted as solutions.) But, as this particular idea would be tried out in Hollywood, there is no harm in giving it thorough consideration.

How the teachings of Islam could help us prevent more sexual abuse scandals.

Thus, the Quran 4:2 first establishes men and women as equal beings. Chapter 4:20 then forbids men from forcing a woman to act against her will, thereby ensuring women maintain autonomy and self-determination.

This verse also commands men to consort with women in kindness, forbidding men from so much as thinking ill of their wives. This preempts emotional and mental abuse. Chapter 4:35 furthermore prevents violence against women by forcing men to control themselves and never resort to physically harming women – preempting physical abuse.

The Quran further obliges men to provide for a woman’s every financial need, while holding that anything a woman earns is hers alone – preempting financial abuse. And when it comes to the Islamic concept of Hijab, it is men who are first commanded to never gawk at women, and instead guard their private parts and chastity, regardless of how women choose to dress – pre-empting sexual abuse.
…
Accordingly, the Prophet Muhammad by example demonstrated that the burden of modesty, respect, and combating abuse of women rests on men. Indeed, men must take the lead in stopping such sexual abuse. After all, while the Quran obliges women to dress modestly as a covenant with God, Islam prescribes no punishment whatsoever for women who choose to dress otherwise.
…
Sexual abuse of women will markedly decrease when men stop abusing women and when men stop thinking that just because they haven’t personally abused women, they have no further obligations. According to Islam, every man is accountable to stop abuse of women—by their word and by their acts. Many abusers like Weinstein walk our streets, terrorizing our neighbors. Together, we can employ a proven Islamic model that will stop this madness, and re-invoke gender equity today in America, and the world.

There are some obvious issues with this. First, the author, Qasim Rashid, would get a one-way ticket to the sidewalk from a six-story building (or to a noose, if he were in Iran) if he were anywhere in the Middle East. His sect of Islam has little in common with how Sunni or Shia Islam is practiced and his schtick is really about telling credulous Westerners that all those people we see on the news really don’t understand Islam. He’s sort of like Barack Obama in that way.

Islamic leaders are known for being so pro-women when it comes to rape…🙈 pic.twitter.com/4x2fhQS646

Obviously, these teachings that are tossed out as a solution do not exist in actual practice. The fact is that Judaism and Christianity provide much better models for male-female relationships (in my opinion, of course) than does Islam. The problem doesn’t lie with the model but rather with the fact that people simply don’t live by the model. It is hard to see how Rashid can tout Islam as the solution when the rape gangs in Rotherham and Newcastle, in Britain, and the epidemics of sexual assaults in Scandinavia and Western Europe show the opposite to be the case. 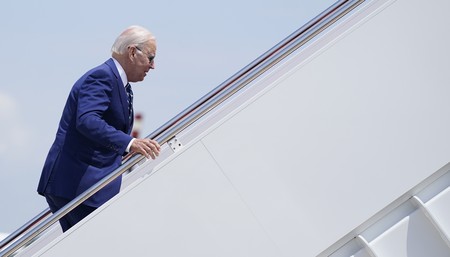