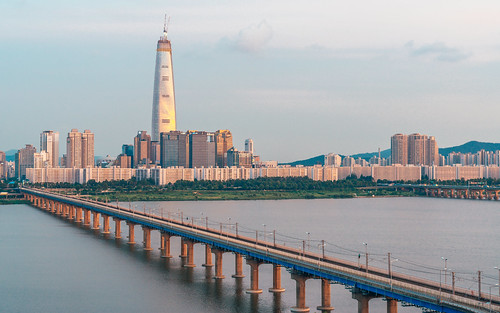 War is destruction and death. It’s serious business. So the facts should be taken seriously and measured accurately.

I’ve touched on this subject in the comments several times in the past here at RedState, but have put off writing about it because I’ve discovered there is an inverse relationship to how long it takes me to write a story and the interest it gets. However, the North Korea crisis makes this appropriate and necessary I think.

I’ll use as my point of departure a Washington Post story from today titled Twenty-five million reasons the U.S. hasn’t struck North Korea. It discusses the idea that if war breaks out between North Korea and the United States and South Korea that Seoul, South Korea’s capital will be obliterated.

The  25 million in the title is the population of Seoul. This is the premise:

If the United States were to strike North Korea, Kim Jong Un’s regime would retaliate by unleashing its conventional weaponry lined up on the demilitarized zone that has separated the two Koreas for about seven decades.

And that conventional weaponry is reliable, unlike North Korea’s missiles, and could cause major devastation in South Korea, which is a staunch ally of the United States.

This is the map that is used to make their point: The Second Corps of the Korean People’s Army stationed at Kaesong on the northern side of the DMZ has about 500 artillery pieces, Bermudez said. And this is just one army corps; similar corps are on either side of it.

All the artillery pieces in the Second Corps can reach the northern outskirts of Seoul, just 30 miles from the DMZ, but the largest projectiles could fly to the south of the capital. About 25 million people — or half of the South Korean population — live in the greater Seoul metropolitan area.

Before we get started let’s clear away two falsehoods in this pullquote. North Korea has about 700 artillery systems, tube and rocket, that can shoot 30 miles or more. There are perhaps 200 rocket systems that can cover the full 44 miles shown on the map. The tube artillery can barely hit Seoul’s northern suburbs. There are not “similar corps” on either side as the west side of the map is ocean. See the map of DPRK Army corps below if you doubt me. Geography is hard, and as we will see, math is harder.

Fallacy #1. Seoul is within easy artillery range of North Korea.

This is simply not true. Thirty miles is extreme range for tube or rocket artillery. The entire North Korean Army has, at a high end estimate, a max of 500 artillery systems and 200 rocket systems that can range Seoul’s northern suburbs and Seoul from what is now North Korea. Only one-third of Seoul can be hit by any type of tube artillery. The drawing of a 44-mile circle and implying that there are hundreds of artillery pieces which can range as far as the heaviest North Korean rocket systems is just dishonest in the extreme.

Fallacy #2. All of these long range pieces are within range of Seoul.

Dispersion between artillery systems is going to be at least 50 meters. Math alone tells you once you start dispersing that you quickly run out of usable real estate. Why disperse? The blast radius for a 500-lb bomb (the B-2 carries 80 of these) is 50 meters. That means it will kill 50% of everyone within that zone. Even troops in bunkers will be killed or injured by the combination of overpressure and vacuum rupturing hollow organs. If you drop 1000-lb bombs, increasingly the weapon of choice, the 50% lethality radius exceeds 200 meters. If you want your artillery to survive more than the first air strike you will want them dispersed and in hardened positions. While the 44 mile radius on the map is cute, many of these weapons will be out of range of Seoul because clustering dozens of pieces up on the DMZ within easy range of ROK infantry and armor doesn’t make sense.

One intrepid soul used Google Earth to identify likely artillery positions by type, this is what he got: Fallacy #3. North Korea will use all of its artillery to target Seoul.

This is probably the crux of the issue. Why would the North Koreans concentrate all of their artillery close to the border to bombard Seoul. If they level Seoul it doesn’t mean they win the war. And if the guns are aimed at Seoul they can’t aim at Allied troops. Likewise it will use its missiles to hit Osan and Pusan, the airfield and seaport, respectively, through which US forces will flow. If a war breaks out, North Korea will have to use its artillery in the conventional role of providing support to the infantry and armor units it sends south. You have to achieve a 3:1 power (troops, equipment, firepower) ratio to have a 50-50 chance of taking a defended position. You need at least a 5:1 ratio if you want to achieve a breakthrough attack. The only way the North Koreans can achieve that force ratio is to throw 100% of their artillery at the Allied units holding the line closest to the DMZ. They aren’t going to screw around shooting several months of ammunition production at Seoul.

Fallacy #4. North Korean artillery will be able to hit Seoul even if it is in range.

In November 2010, the North Koreans shelled the South Korean island, I say again, island, of Yeonpyeong.

On November 23, the island was hit by two barrages totally 170 rounds of 122-millimeter rockets—and possibly some rounds from nearby 76.2-millimeter coastal artillery units. Republic of Korea (ROK) return fire was limited by an inoperative counter battery radar, which was repaired in time to direct a strike on North Korean rocket launcher units. Two civilians and two ROK Marines were killed in the attacks. Curiously, the rocket battalion should have been able to fire a total of about 288 rockets, but only 170 actually landed near the island. Of those 170 rockets, only 80 landed on the island itself, the rest in surrounding waters.

They were able to hit with 47% of the rockets. Of the hits, about 20% were duds. Most of the rockets that hit the island did not strike actual military or civilian targets. Keep in mind that this was an island that was easily observed from North Korea and is only 7 miles from North Korea. The South Koreans did not begin counterbattery fire until 18 minutes after the attack began and no airstrikes were flown. In short, this is the best performance you are going to get from North Korean artillery.

Once you compound this with the fear and uncertainty of air strikes and hostile artillery firing back, accuracy is going to suffer. Without the ability to spot fall of shot accuracy after the first volley is going to get progressively worse. How, for instance, will a gun know the area it has shelled has been destroyed? Without eyes on the target the result is either overkill, and a waste of ammunition, or ineffective damage.

The North Koreans simply don’t have the ability to store the numbers of rounds it would take to destroy Seoul with the artillery pieces and, once the shooting starts, the only resupply coming forward will be carried by human porters (don’t laugh, the US Army in Korea will use the Korean Service Corps, I know I did). There will be no live vehicles moving on the roads in North Korea after the first few hours. The artillery that is positioned to target Seoul are in positions known as Hardened Artillery Site (HARTS). For HARTS to be effective, the artillery piece has to retreat after each firing to reload and then be run out again.  As an aside, these positions are much more night lights and comfort blankets for the gun crews than they are militarily significant. During the first Gulf War we saw video of Joint Direct Attack Munitions (JDAM) going down the ventilator shafts of bunkers. The B-2 can carry 80 500-lb JDAM and each is independently targeted.

If you recall, again during the Gulf War, the bombing of the Amiriyah bomb shelter that killed over 400 civilians. This shelter was thought to be impervious to bombs–hence the name ‘bomb shelter’–but it wasn’t:

At 4:30 a.m. on the morning of 13 February, two F-117 stealth fighter/bombers each dropped a 2,000 pound GBU-27 laser-guided bomb on the shelter. The first cut through ten feet of reinforced concrete before a time-delayed fuse exploded. Minutes later the second bomb followed the path cut by the first bomb.[4] People staying in the upper level were incinerated by heat, while boiling water from the shelter’s water tank was responsible for the rest of the fatalities.[6]

The artillery that we have mapped, which is most of it, will be gone within a very short period of time. The rest will die after the first round breaks mask and is detected by counterbattery radar. This is a JDAM refresher for the doubters. Check the attack on the aircraft revetment at 2:00.

There is simply no way to build a shelter than can defeat a 500- to 1000-lb–or even larger–weapon dropping on the weakest points: the door or the ventilator. These guns will fire a handful of rounds each, not hundreds or thousands, before they are silenced.

Fallacy #6. Neither the US nor ROK Air Force or artillery will engage North Korean artillery.

“Defending Seoul against such a threat is the top priority for the alliance,” said Chun In-bum, a retired lieutenant general in the South Korean army who served as commander of South Korea’s Special Warfare Command.

“The U.S. and South Korean response would be immediate. We have assets along the DMZ dedicated for doing this job and counter-battery units trained to conduct these missions,” Chun said.

If the ROK army decides to cross the DMZ in that area to destroy the artillery there, there is nothing the North Koreans have that can stop them.

The suburbs of Seoul that are within artillery range from the DMZ are the least populated. It is estimated that Seoul has the ability to shelter 20 million, that’s right, 20 million people in bomb shelters. The subway system in Seoul is designed to serve as a bomb shelter. Don’t think I’m saying civilians won’t pay a price, they will. There is no way to evacuate Seoul. All the roads south of the capital are going to be clogged with ROK Army units heading north. But the combination of sheltering in place in structurally safe bomb shelters, US and ROK attacks on artillery, and the limited number of systems that can reach them means you probably aren’t talking the tens of thousands of casualties that have been predicted.

If you want to read an excellent analysis (though I have quibbles) check this out.

I can go on and on with this but the fact is that the assertion that Seoul is going to be flattened by North Korean artillery is simply false and can easily be proven false.

None of this is to say a war with North Korea would be easy and that it wouldn’t result in widespread destruction in the northern 10% of South Korea, but don’t be fooled. The stories of an Armageddon in South Korea are simply not true. The ROK Air Force and ROK Army are not going to sit on their thumbs and allow Seoul to be pulverized. Neither will American forces. Just like we spent a lot of effort hunting SCUDs in both Gulf wars, the artillery that can shoot at Seoul will be quickly and ruthlessly hunted down and silenced.