Yesterday the Senate confirmed President Trump’s selection to lead the Centers for Medicare and Medicaid Services, Seema Verma, by a bipartisan 55-43 vote.

Verma, a first-generation American whose parents emigrated from India, takes over at CMS with the agency facing sweeping changes under the House Republican health care bill backed by Trump.

That legislation would roll back key elements of former president Barack Obama’s health care law, including its Medicaid expansion for low-income people. More significantly, the GOP bill would limit overall federal financing for Medicaid in the future. Taken together, those changes could reverse the Obama era’s historic health insurance gains.

With a background in public health, Verma says she wants government programs to improve health, not just pay bills. She’s been critical of Medicaid, saying “the status quo is not acceptable” for the federal-state insurance program that covers more than 70 million low-income people.

Broadly, there are two problems with Medicare and Medicaid. Medicare is slowly collapsing under its own weight. Like Social Security, Medicare is something of a Ponzi scheme that relies upon an expanding pyramid of younger workers to pay for the care of beneficiaries. According to the Congressional Research Service, the Medicare health insurance “trust fund” will be depleted by 2028 and from that point on general revenue funds will have to be used to support the program barring a major restructuring of eligibility, cost or both.

Medicaid has a different problem. The reimbursement rate for Medicaid patients is so low that doctors are reluctant to take them on and the health care outcomes of persons enrolled in Medicaid are actually worse than people of the same income level who have no health insurance at all.

If anyone can help these floundering and at-risk programs it is Verma. She has long experience with both and worked for Mike Pence to rebuild Indiana’s Medicaid program into one in which the enrollees must maintain a health savings account and the program has a high deductible.

When the Supreme Court declared it optional for states to expand Medicaid in 2012, Pence and Verma together worked on designing the Healthy Indiana Plan 2.0 (HIP 2.0), in which the state accepted federal dollars under President Obama’s healthcare law, but with a seemingly unprecedented element added: requiring low-income members to pay nominal fees for the care they receive. Those who couldn’t make these payments would no longer be eligible for healthcare services. Although the monthly fees were very low—only a few dollars in some cases, according to reports—in most states the poor are not required to pay anything.

The fact that Verma was able to implement this program—which puts personal accountability on members since their own dollars are at stake—under a Democratic healthcare law “made her an influential consultant to Republican state administrations,” according to a report in The Guardian. With the help of Verma’s consulting, Kentucky has attempted to implement a similar Medicaid program. “The state asked CMS [the Centers for Medicare and Medicaid Services] to allow Kentucky to impose work requirements beginning three months after benefits began, something no state in the country requires as a condition of Medicaid,” The Guardian reported.

I know, pretty amazing, right? If you require people to put their own money into something you get better outcomes and lower costs. And, of course, there is the novel concept that poor people aren’t any more likely to be stupid or unable to make good financial decisions than anyone else.

The problem with George W. Bush was that he talked a good conservative game, of the big government variety, but appointed establishment retreads to run agencies and departments thereby ensuring that all we got was good conservative talk. Despite Trump’s manifest faults, his appointment of Mick Mulvaney to head OMB and now Seema Verma to lead CMS is a sign that he’s damned serious about at least trying to rein in spending and the growth of government. 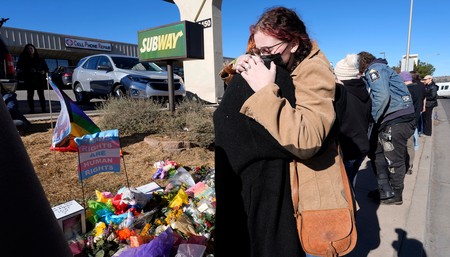