The standard narrative of how the United States located 9/11 mastermind, Osama bin Laden, is pretty standard across all media. This is the New York Times version:

Four years ago — American intelligence for the first time uncovers the name of Osama bin Laden’s trusted courier but cannot locate him.

Two years ago — American intelligence identifies areas in Pakistan where the courier and his brother have operated but cannot pinpoint exactly where they live.

August 1, 2010 — American intelligence locates the brothers’ residence, a compound in Abbottabad. The compound is so large, secluded and secured that analysts conclude it must shelter a high value target.

September 1, 2010 — The C.I.A. begins to work with President Obama on assessments that lead them to believe that Bin Laden may be located at the compound.

Mid-February 2011 — United States government authorities determine that there was a sound intelligence basis to pursue this aggressively and develop courses of action.

CNN, Wikipedia, etc., all have pretty much the same sequence of events. Some of the story is obviously sanitized. For instance, there was a helicopter crash and a gunfight in the suburbs of a largish city containing the Pakistani military academy and the headquarters of an infantry division but neither police nor fire department units showed up until well after it was all over. Either the Pakistanis are a lot more laissez faire about this stuff than I think they are, something is missing from this story. Be that as it may, it is one thing for me, a blogger, to throw rocks at the narrative. It is quite another when the former Secretary of State changes the narrative in a private speech to potential political donors in November 2013..

Hillary Clinton Said Bin Laden Was Found By Intercepting A Phone Call, Not From A Walk In Tip. “I was in the small group that recommended to the President that he go after bin Laden. The amount of work that was required to get a strong enough basis of information on which to plan took more than a decade. The people who were the analysts and collectors and good old-fashioned spies who were gathering bits and pieces of information, some of them from cell phone conversations, I will tell you, and then all of a sudden putting this matrix together and saying this guy used to protect bin Laden. He has just made a phone call. He said this in the phone call. We need to figure out where he is. Then we need to follow him And that is how we found this compound in Abbottabad. It didn’t happen because somebody walked into our embassy and said, You know, there is a suspicious compound in Abbottabad that you guys should go take a look at.”

This account deviates from what we’ve been told in a few significant ways. The official story is that the identity of the courier, not someone who used “to protect” bin Laden, was obtained from an interrogation at Guantanamo, back in the days when we still did such stuff. Armed with the name, the man was located and then tracked. Eventually he led intelligence assets to a large, well-guarded compound in Abbotabad.

According to Hillary, it was signals intelligence that identified the man and location.

Hillary Clinton is a liar and a fabulist. But because this story did not put her at center stage or make her look good we are left with the real possibility that she simply told the truth at a venue where she could speak without attribution. Given her careless handling of classified material, we have every reason to believe that this was just Hillary being Hillary and deciding that rules were only for the little people. 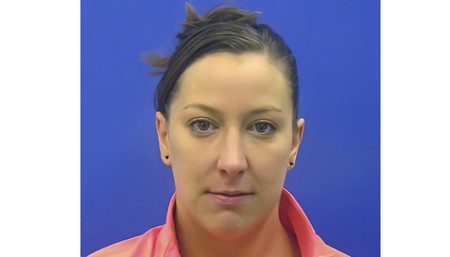 More Eyebrows Raised Concerning the Latest Development in the Ashli Babbitt Case
Townhall
Biden seemed quite angry after his meeting with Senate Dems at the Capitol
Twitchy
Glorious: SCOTUS Spanked Ron Klain Today, Too
Redstate
More Mascot Madness: The Next Target is the Vikings
PJ Media