Nothing says “I have nothing to hide” like erasing your private web server after your previous employer asks you to produce what is on it.

Hillary Clinton wiped “clean” the private server housing emails from her tenure as secretary of state, the chairman of the House committee investigating the 2012 terrorist attacks in Benghazi said Friday.

“While it is not clear precisely when Secretary Clinton decided to permanently delete all emails from her server, it appears she made the decision after October 28, 2014, when the Department of State for the first time asked the Secretary to return her public record to the Department,” [mc_name name=’Rep. Trey Gowdy (R-SC)’ chamber=’house’ mcid=’G000566′ ] (R-S.C.), chairman of the Select Committee on Benghazi, said in a statement.

There are two salient points here. First, is that Trey Gowdy has done more to move the ball forward on Benghazi in just a few weeks than all of his predecessors did with their grandstanding. The second is that Hillary is a an ongoing RICO enterprise and no one in their right mind, left, right or center, should want her anywhere near the levers of power.

What we do know for a fact is that Hillary Clinton has not produced all the emails requested by the Benghazi committee and she has not turned over all of her work related emails to the State Department. How do we know that? Because the email account of Hillary Clinton confidant and general douchebag, Sid Blumenthal, was hacked by Guccifer and those emails were not released by Hillary to either the Benghazi committee or to the State Department:

Blumenthal’s emails to Clinton, which were directed to her private email account, include at least a dozen detailed reports on events on the deteriorating political and security climate in Libya as well as events in other nations. They came to light after a hacker broke into Blumenthal’s account and have taken on new significance in light of the disclosure that she conducted State Department and personal business exclusively over an email server that she controlled and kept secret from State Department officials and which only recently was discovered by congressional investigators.

Hillary claims that she and her genius staff set up search parameters to sort our national secrets from cookie recipes, but it is hard to see how an email like this could have escaped even the most rudimentary text search:

Clinton has also denied having “classified documents” on her server but the Guccifer emails clearly indicate that Blumenthal routinely sent her emails containing information that would be considered classified.

The emails also indicate that Hillary ran her own intelligence operation outside the normal US intelligence channels. The funding for that network is more than a little unclear though with the dough she was vacuuming as Secretary of State it isn’t hard to see how she could have had it paid for… because everyone knows the Clintons don’t pay for anything.

The emails, which were posted on the internet in 2013, also show that Blumenthal and another close Clinton associate discussed contracting with a retired Army special operations commander to put operatives on the ground near the Libya-Tunisia border while Libya’s civil war raged in 2011.

Blumenthal’s emails to Clinton, which were directed to her private email account, include at least a dozen detailed reports on events on the deteriorating political and security climate in Libya as well as events in other nations. They came to light after a hacker broke into Blumenthal’s account and have taken on new significance in light of the disclosure that she conducted State Department and personal business exclusively over an email server that she controlled and kept secret from State Department officials and which only recently was discovered by congressional investigators.

Not only was the intelligence network private, one of its prime movers was a former CIA official who as involved in the various CIA efforts to sandbag the Bush Administration:

The answer may involve Tyler Drumheller.

In 2001 and 2002, Mr. Drumheller served as European Division chief at the CIA’s Directorate of Operations, where he was a highly controversial figure whose disinformation campaigns often landed him in hot water. As investigative journalist Kenneth Timmerman has pointed out, Mr. Drumheller was at the center of the Niger uranium story later used by the left and the press to claim that President George W. Bush had “lied” about Saddam Hussein’s possession of weapons of mass destruction (WMD). “On three separate occasions,” Mr. Timmerman wrote, “he passed the Niger information up the food chain as validated intelligence, when the CIA had been warned that it was not.”

On Sept. 6, 2007, Mr. Blumenthal published a column at Salon.com in which he cited an April 2006 “60 Minutes” interview with Mr. Drumheller, who claimed that the CIA had received “documentary intelligence” from Saddam’s foreign minister that he did not have WMD. In his column, Mr. Blumenthal stated “two former senior CIA officers have confirmedDrumheller’s account to me,” leading Mr. Blumenthal to accuse Mr. Bush of “lying.”

It appears that Mr. Drumheller and Mr. Blumenthal were simpatico, at least regarding criticism of pre-war intelligence. Was that, in fact, the start of a mutually beneficial relationship? After leaving the CIA, Mr. Drumheller advised [mc_name name=’Sen. John Kerry (D-MA)’ chamber=’senate’ mcid=’K000148′ ]’s 2004 presidential campaign; three years later, he and Mr. Blumenthal worked on Hillary Clinton’s presidential campaign.

The value of the intelligence is clearly doubtful. We now know that Iraq did, in fact, possess chemical weapons and such weapons were recovered during the Iraq War and some US soldiers were injured by them. 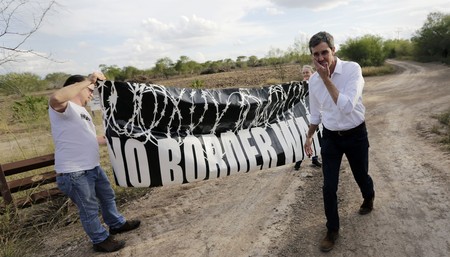 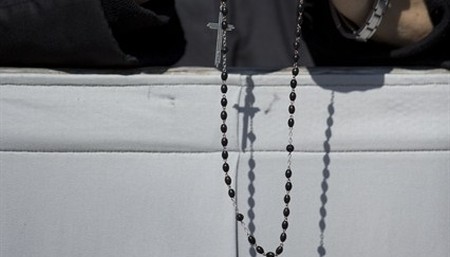 FBI's Mar-a-Lago Ransacking Takes Another Irresponsible Turn
Townhall
Noah Smith melts down and starts citing HIMSELF over and over again in heated debate about solar versus nuclear
Twitchy
Ron DeSantis Rally in Arizona Was a Barn Burner
Redstate
Is the Transgender Cult in Trouble Now?
PJ Media