Having solved all the world’s real problems, the rabid feminists of the world are now on a jihad to eradicate wrong thinking.

Over the past few weeks a few notable things have happened on this front.

In late October, some chick in New York City tried to use street theater to make a point. She walked around downtown New York for allegedly 10 hours and had the times she was catcalled recorded on video tape

Someone logged in the calls at 108, about one every six minutes. I have a low threshold of boredom but it isn’t low enough to validate the count.There was a certain delicious irony as the leftwingers who wanted to talk about the totally beastly behavior of men suddenly had to talk about their own implicit racism in video taping black and Hispanic men… who can’t, by definition, be anything other than an oppressed class.

“The fact that the video chooses to showcase the experience of a white woman experiencing harassment almost exclusively at the hands of black and Latino men,” Brooklyn Magazine’s Kristin Iverson proposed earlier this week, “is a pretty clear indication of who the audience for this video is supposed to be, namely, those who seek to protect and defend innocent white women, aka the already existing societal power structure.” This theme was picked up in more explicit terms elsewhere, the less direct references to the “power structure” quickly giving way to overt accusations of white supremacy. “Thousands of satisfied racists are sharing that viral catcalling video,” griped Lindy West at the Daily Dot, lamenting that its creators had imposed “manipulative, specific, politicized constraints on the issue of street harassment” and thereby permitted “the bulk of the audience to divorce themselves from the problem.” Yesterday, the Root’s Dion Rabouin dispensed with euphemism entirely, confirming that “some of the video’s intentional choices seem to play on the Birth of a Nation trope that white women simply aren’t safe from sex-crazed black and brown men.” How that’s for a thumb in the eye for the millions who shared the spot on their Facebook pages?

This week TIME Magazine (yes, it is still out there, I was surprised, too) conducted a poll of the word people most wanted banished. Hilariously, “feminist” was winning by a substantial margin when TIME got a case of the heebie-jeebies and pulled “feminist” out of the contest when #Bossy feminists got upset:

On Saturday, Time Magazine Managing Editor Nancy Gibbs added an apology to the news website’s poll asking readers what word they want to ban. At the time, the word “feminist” was winning the poll with over 50 percent of the vote.

“Editor’s Note: TIME apologizes for the execution of this poll; the word ‘feminist’ should not have been included in a list of words to ban,” Gibbs wrote. “While we meant to invite debate about some ways the word was used this year, that nuance was lost, and we regret that its inclusion has become a distraction from the important debate over equality and justice.”

But Big #Bossy did score a victory this week, one that they will probably find to be as Pyrrhic a victory as any won by Napoleon on the road to Moscow.

On November 12, the European Space Agency probe, Philae, touched down on a comet called 67P (it has a longer name containing an inordinate number of consonants so I’m using the short name). This was a technical tour de force but what delighted the feminists was the sartorial splendor of project scientist, Dr. Matt Taylor, at the celebratory press conference.

Up close, Dr. Taylor’s shirt is very epitome of awesome in an arrested development 15 year old male type of way:

(They are for sale, they cost less than a nice button down Oxford from Brooks Brothers and are totally appropriate for work.)

That wasn’t good enough. No. By wearing this shirt, which isn’t even racy in terms of modern culture, the very soul was ripped out of feminists across the globe forever banning them from the physics lab and consigning them to Women’s Studies departments and a life of impoverished lesbianism.

First on the scene was an “ecology” major who writes at The Atlantic who calls herself “Rose Eveleth.” “Rose” suddenly found out that someone had died and made her the official enforcer of fairness for women in STEM which just can’t happen around a shirt as glorious as that worn by Dr. Taylor.

The Atlantic‘s Rose Eveleth tweeted, “No no women are toooootally welcome in our community, just ask the dude in this shirt.” Astrophysicist Katie Mack commented: “I don’t care what scientists wear. But a shirt featuring women in lingerie isn’t appropriate for a broadcast if you care about women in STEM.” And from there, the online feminist lynch mob took off until Taylor was forced to deliver a tearful apology on camera.

It seems to me that if you care about women in STEM, maybe you shouldn’t want to communicate the notion that they’re so delicate that they can’t handle pictures of comic-book women. Will we stock our Mars spacecraft with fainting couches?

the avenging harpies set upon him accusing him of “doxing” her. Apparently, feminist panties get wadded even when you quote them. Jezebel howled Woman Gets Death Threats for Tweeting About Disliking A Dude’s Shirt though strangely none of the tweets they feature make any threats and are certainly no more deranged than those by Rose Eveleth.

Everyone knows about the antics of the bizarre little cult known as the Westboro Baptist Church. As part of an ongoing fundraising program, though God only knows who gives them money, they engage in outrage theater. Radical feminists, like Rose Eveleth, are indistinguishable in method and objective from the Westboro Baptist Church. So far as we know, Eveleth hasn’t picketed the funerals of male scientists (real ones, one ones with a degree in “ecology”) but her using an unrelated incident to bring attention to her pet peeve –apparently heterosexual men– and demonizing a guy who is pretty obvious not at threat to women on any level outside the lab, marks her as a fanatic who should be shunned.

In time we will see the 2013-2014 timeframe as the time when radical, misandrist females began their rapid decline into well deserved political obscurity. 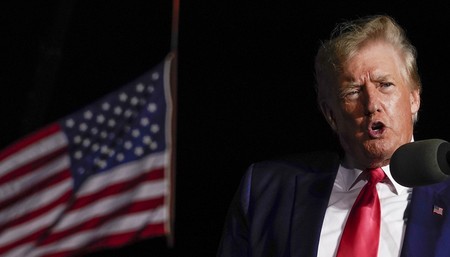