In a Surprising Move, Shake Shack Opts to Return Its PPP Money 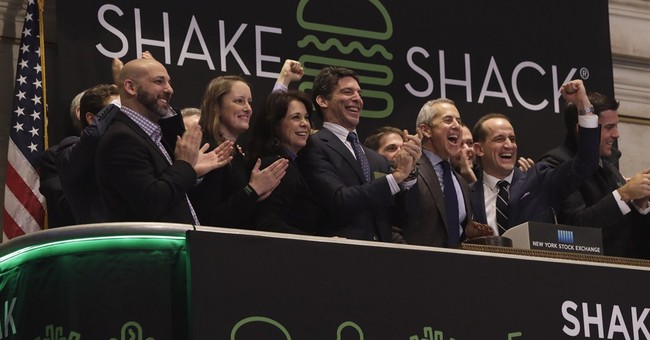 While Congress continues to arm wrestle over the re-funding of the Paycheck Protection Program (PPP), one business on the receiving end of PPP funds has chosen to refund its proceeds. In a surprising announcement, Shake Shack has opted to return the $10 million loan it received from the program.

With the country facing a prospective permanent loss of restaurants up and down the food chain, the bill arrived just in the nick of time. The onus was placed on each business to figure out how, when, or even if to apply. The “PPP” came with no user manual and it was extremely confusing. Both Shake Shack (a company with 189 restaurants in the U.S., employing nearly 8,000 team members) and Union Square Hospitality Group (with over 2,000 employees) arrived at a similar conclusion. The best chance of keeping our teams working, off the unemployment line and hiring back our furloughed and laid off employees, would be to apply now and hope things would be clarified in time.

While the program was touted as relief for small businesses, we also learned it stipulated that any restaurant business – including restaurant chains – with no more than 500 employees per location would be eligible. We cheered that news, as it signaled that Congress had gotten the message that as both as an employer, and for the indispensable role we play in communities, restaurants needed to survive. There was no fine print, anywhere, that suggested: “Apply now, or we will run out of money by the time you finally get in line.”

Few, if any restaurants in America employ more than 500 people per location. That meant that Shake Shack – with roughly 45 employees per restaurant – could and should apply to protect as many of our employees’ jobs as possible. The immediate drop in business due to the virus had caused the company to face operating losses of over $1.5 million each week, simply by keeping our doors open with the goal of paying our people and feeding our communities. Our teams have been heroic, pivoting our business to a new curbside pickup and delivery model, while keeping our teams and guests at a safe distance.

The letter sets forth a cogent response to criticisms levied at outfits like Shake Shack, Ruth’s Chris, and other chain restaurants. As CNN reported yesterday:

The bakery, known for its eponymous little desserts, sought a Small Business Administration Covid-19 relief loan intended to keep its seven workers, including four full-timers, on payroll. The money would have given the bakery a fighting chance to complete an 11,000-cake order — a lifeline tossed out by one of its grocery partners.
Instead, on Friday, co-owner April Richardson advised three of herworkers to file for unemployment.
….
In recent days, it’s been revealed how large chunks of the funds were gobbled up by chain restaurants, hoteliers and publicly traded corporations.
“It’s a reminder to small businesses that our voices are dampened,” Richardson told CNN Business. “What are we doing this for? Why are we in business just to be told we’re not good enough because we’re not big enough?”

Richardson’s story hits close to home. I have family members in the same boat presently. One has a small, family-owned interior design company, another is a franchisee of two re-sell-it clothing stores. They’ve either had to severely curtail or completely shut down their operations. They went through the application process and timely submitted their applications. But now, they’re told the funding has run out.
While there were signs over the weekend that a deal to inject additional funding into the PPP may be close at hand (READ: Light at the End of the Tunnel: Trump Announces They’re Close to a Deal on Saving Small Businesses That Pelosi Has Blocked), these businesses — and thousands like them — are hurting badly. They’ve been economically incarcerated through no fault of their own and, in many cases, relief from the PPP may be the only thing standing between them and financial ruin.
So, I applaud Shake Shack for reassessing and opting to return the funds it received — even though, as the open letter notes, they were absolutely entitled to the funds under the program as written.
One important thing to note, however, is that Shake Shack is in a position to be able to do that because it’s secured funding from another source. Garutti’s letter goes on to note:

Shake Shack was fortunate last Friday to be able to access the additional capital we needed to ensure our long term stability through an equity transaction in the public markets. We’re thankful for that and we’ve decided to immediately return the entire $10 million PPP loan we received last week to the SBA so that those restaurants who need it most can get it now.

As noted by CNN, “The company said in a filing Friday that it expects to be able to raise up to $75 million from investors by selling shares.” That development will obviously help Shake Shack — and other businesses who have the ability to secure the capital needed to remain afloat independent of the government’s program. Plus, it’s likely a wise PR move.
In the meantime, here’s hoping that the additional funding needed gets approved and businesses like DC Sweet Potato Cake (and my family members’) will receive the relief they need in order to weather the shutdown and begin to get back on their feet.
Share
Tweet