Surgeon General Warns Young People: "Think About Your Grandmother, Your Grandfather, Your Nana, Your Pop-Pop." 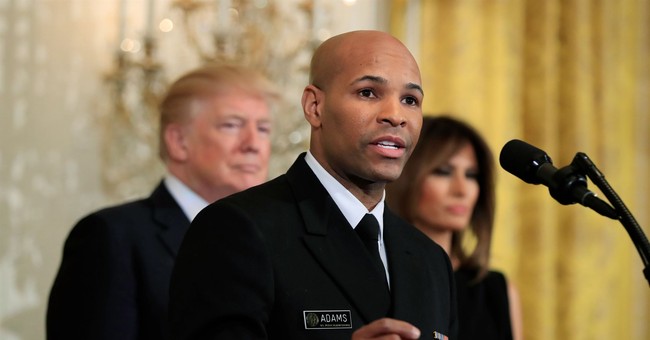 One of the byproducts of life in the time of COVID-19 is the faces of the Trump administration — particularly those involved in a health/human services capacity — becoming more familiar to the American people. With daily press conferences and officials doing their best to inform and update the public, we’re seeing/hearing a lot (or more frequently) from NAIAD Director Anthony Fauci, Dr. Deborah Birx, and Surgeon General Dr. Jerome Adams, among others.

Dr. Adams appeared on Fox & Friends this morning with an important message to young people:

“While people over 65 are at the greatest risk, especially those with underlying health conditions, we know that the people who are spreading it to them are the younger people,” Adams told “Fox & Friends.”

“We really want you to think about your grandmother, your grandfather, your nana, your pop-pop.”

Indeed, there are growing reports that young people make up a growing number of those hospitalized with the disease.

Coronavirus can make adults of any age seriously ill — not just people age 70 or older — the C.D.C. reports https://t.co/HajNlB8zZN

Thus, it’s easy – tempting, perhaps — to become exasperated when we see news reports of Gen-Zers reveling on Spring Break or Millenials crowding bars (where they remain open) — particularly when news reports feature young people like this, espousing a devil-may-care attitude:

“If I get corona, I get corona. At the end of the day, I'm not gonna let it stop me from partying”: Spring breakers are still flocking to Miami, despite coronavirus warnings. https://t.co/KoYKI8zNDH pic.twitter.com/rfPfea1LrC

It’s important, though, as Dr. Adams emphasized, to make sure they realize the seriousness of the situation. That’s a tall task — young people default to feeling immortal.  And to eye-rolling at the “wisdom” shared with them by their elders. (I write this as the mother of an 18-year-old — I know whereof I speak!)

But it’s doable — particularly when you put it in concrete terms. “Think about…your nana and pop-pop.”

And if that doesn’t work, think of Betty White!

Millennials & Gen Z getting beat up on, but we need them more than ever! No one is better at using technology / social media/ the internet to stay connected, despite being physically apart.

So come on younger generations-
show us how social distancing is done right! pic.twitter.com/ivje2WvhA2