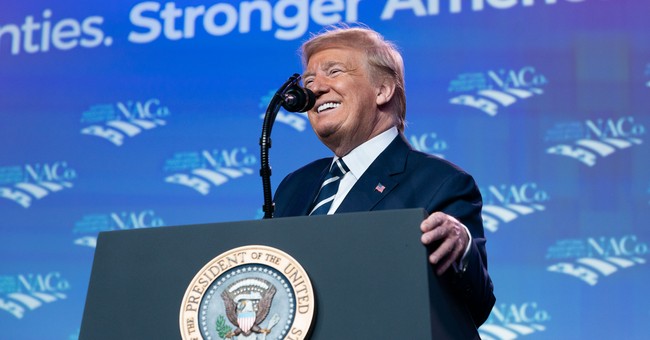 It comes as little surprise that former Vice President Joe Biden won yesterday’s Democratic primary in Missouri. Polls leading up to Super Tuesday Part Deux had Biden with a commanding lead (ranging from 22 points to 39 points and an RCP average of +30.3.) The final result, now that the votes have been tallied (yes, Missouri managed to count them all and post results relatively quickly), was Biden at 61%, Sanders at 30.7%. In short, Missouri isn’t Sanders Country. (Anyone with a passing familiarity with the Show-Me State could have told you that.)

What I was interested in seeing was the turnout on the Republican side of things. The GOP and President Trump really didn’t have anything at stake in yesterday’s vote — nor did Republican voters. Neither Bill Weld nor Joe Walsh posed an iota of a threat to Trump. And between Coronavirus rumblings and the press of everyday life, it would be understandable for Republican voters to skip the polls yesterday.

Except…they didn’t. In fact, 309,211 voters cast Republican ballots in Missouri yesterday per the Missouri Secretary of State’s website. And of those votes cast, 299,458 (96.486%) went to Donald Trump. Out of curiosity, I checked on the Democratic turnout in the 2012 Presidential primary, when Barack Obama was seeking his second term. In that election, Obama received 64,435 votes. That means Trump 2020 outperformed Obama 2012 by a factor of 4.7.

We saw similar outcomes in the other primaries held yesterday (and tallied as of this AM):

There’s a level of enthusiasm among Republican voters and Trump supporters that should cause the Democrats concern. I’m going to throw another little anecdotal observation into the mix here to shore that up: I road-tripped with a friend to CPAC (and back) two weeks ago. This took us through Missouri, Illinois, Indiana, Ohio, West Virginia, Pennsylvania, Maryland, and Virginia, primarily by way of I-70. I wouldn’t say we saw a ton of campaign signs along the way — certainly less than 50. But until we hit D.C., we saw not a single sign for any Democratic candidates. Not one. Every single sign was for Trump. And this was heading into the thick of the Democratic Primary.

Missouri is Trump Country right now — he won in 2016 by 19 points and I expect him to exceed that in 2020. But those who wish to see him re-elected in November ought not take anything for granted. As flawed and feeble as Biden — now the presumptive Democratic nominee — may be, there are millions of American voters who are just as motivated to show Donald Trump the door come November. And there are almost 8 months until the election — Heaven knows what other variables will be added to the mix, even once we see our way out of the Corona morass. Still, if primary turnout is any indicator, the signs are favorable for a second Trump term.