Editor’s note: this piece was originally published on May 5, 2019.

Former Trump campaign manager Paul Manafort’s role in the Russia collusion probe has always been a bit opaque. We already know he had spent years lobbying and developing political connections in Ukraine before volunteering to help the Trump campaign in early 2016 was ever even a glint in his eye. We also know he was being sued for millions by Russian oligarch Oleg Deripaska for not successfully carrying out a job related to those lobbying efforts.

Now we learn from no less than the Ukrainian embassy in Washington DC that an insider from the Democratic National Committee (DNC) had tried to, as John Solomon writes at The Hill, solicit “dirt on Donald Trump’s campaign chairman and even tried to enlist the country’s president to help.”

The DNC operative, Alexandra Chalupa, was apparently trying to get information related to Manafort’s interests in the Ukraine, and specifically his Russian ties related to his work there, all during the 2016 campaign. The Ukrainian embassy says they did not know she was working on behalf of the DNC and simply though she was a Ukrainian-American activist.

The kicker? At the same time she was digging for info, she was suggesting that the information she uncovered would be used to convince Congress to initiate hearings on Manafort’s ties to Russia. Or, even stranger, she was hoping to get the go-ahead to have an investigative journalist ask questions about Manafort to Ukrainian President Petro Poroshenko  in an upcoming visit.

In written answers to questions, Ambassador Valeriy Chaly’s office says DNC contractor Alexandra Chalupa sought information from the Ukrainian government on Paul Manafort’s dealings inside the country, in hopes of forcing the issue before Congress.

Chalupa later tried to arrange for Ukrainian President Petro Poroshenko to comment on Manafort’s Russian ties on a U.S. visit during the 2016 campaign, the ambassador said.

Chaly says that, at the time of the contacts in 2016, the embassy knew Chalupa primarily as a Ukrainian-American activist, and learned only later of her ties to the DNC. He says the embassy considered her requests an inappropriate solicitation of interference in the U.S. election.

“The Embassy got to know Ms. Chalupa because of her engagement with Ukrainian and other diasporas in Washington D.C., and not in her DNC capacity. We’ve learned about her DNC involvement later,” Chaly said in a statement issued by his embassy. “We were surprised to see Alexandra’s interest in Mr. Paul Manafort’s case. It was her own cause. The Embassy representatives unambiguously refused to get involved in any way, as we were convinced that this is a strictly U.S. domestic matter.

“All ideas floated by Alexandra were related to approaching a Member of Congress with a purpose to initiate hearings on Paul Manafort or letting an investigative journalist ask President Poroshenko a question about Mr. Manafort during his public talk in Washington, D.C.,” the ambassador explained.

This is just the latest in the strange tale of how Ukrainian officials leaked documents related to Manafort, provided intel to Fusion GPS, and even visited the Obama White House, a meeting that led to the U.S. requesting help from the Ukrainians to help investigate Manafort. And in the background, Donald Trump is shocking the world by rising in the polls leading up to the 2016 election.

While Chalupa had used enough foresight to give a 2017 interview to Politico for a piece detailing Ukraine’s efforts to sabotage Trump’s campaign, Solomon says the embassy admission that she reached out to them adds an interesting wrinkle.

FEC records show Chalupa’s firm, Chalupa & Associates, was paid $71,918 by the DNC during the 2016 election cycle.

For their part, the Ukrainian embassy denies they provided any information to Chalupa, but there is some debate over the truth of that statement. One former employee of Ukrainian Ambassador Valeriy Chaly’s indicated he met with Chalupa over lunch to discuss her efforts.

Over lunch at a Washington restaurant, Chalupa told [Andrii] Telizhenko in stark terms what she hoped the Ukrainians could provide the DNC and the Clinton campaign, according to his account.

“She said the DNC wanted to collect evidence that Trump, his organization and Manafort were Russian assets, working to hurt the U.S. and working with Putin against the U.S. interests. She indicated if we could find the evidence they would introduce it in Congress in September and try to build a case that Trump should be removed from the ballot, from the election,” he recalled.

Solomon also writes that emails exist from May 2016 in which Chalupa tells a top DNC operative that there is a lot more to come in her efforts to link the Trump campaign to Russia. A month later, the “black ledger” files showing payments to Manafort were released in the Ukraine, forcing Manafort to officially exit his role as Trump’s campaign manager. 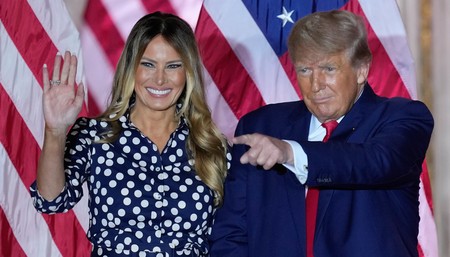 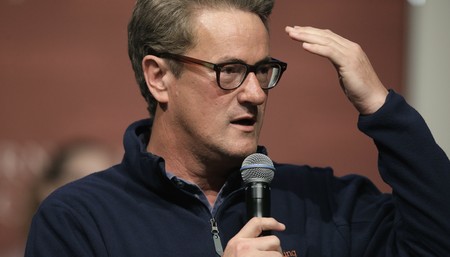