It is reported by various observers that Antifa/BLM on Sunday night are continuing to celebrate the murder Saturday night of Aaron Danielson, who was shot in the middle of a Portland Street and apparently identified as a “Trumper” because of the “Patriot Prayer” hat he was wearing.

Antifa are gathered at Laurelhurst Park in SE Portland and are still thrilled over the deadly shooting yesterday (they baselessly call the victim a Nazi). Some are dancing in the park. Meanwhile on social media they are soliciting mass donations for more riot gear.

But not only are they celebrating, they are also trading on their “celebrity” — step aside Kenosha — to raise money for needed supplies and equipment.

On top of their wish list — ballistic vests and kevlar helmets.  Some of the messages express concern that rioters might now be targeted for retaliation in response to the murder of Danielson.  Ya think?

In response to the killing of the Trump supporter in downtown Portland, antifa accounts are soliciting for donations to buy more riot gear. They just received a shipment of bulletproof vests & want more.

They crowdfund on @CashApp & @venmo. pic.twitter.com/k7jGs9cZjX 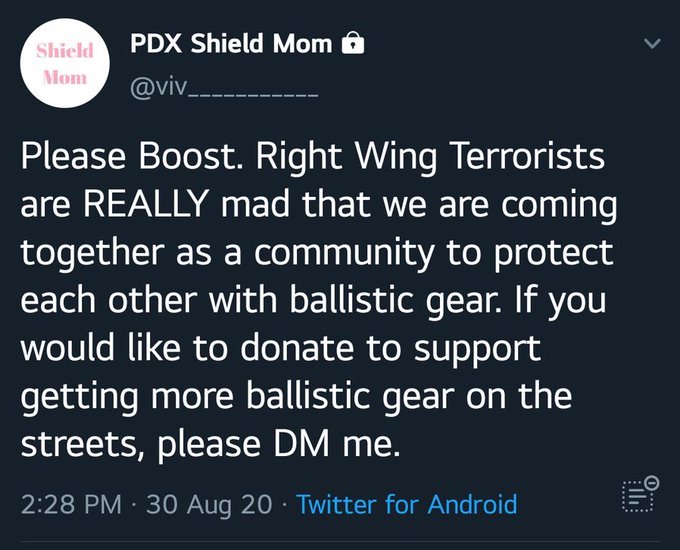 Here is another particularly pathetic display.  This woman claims she was one of two medics who rushed to Danielson in the moments after he was shot and attempted to render first aid.  She claims that when Portland Police arrived at the scene just moments later they pushed her and the other medic away, and would not allow them to treat Danielson.  She claims that Danielson was still alive when she was pushed away and that he died during the period he was not being treated while waiting for paramedics and an ambulance. 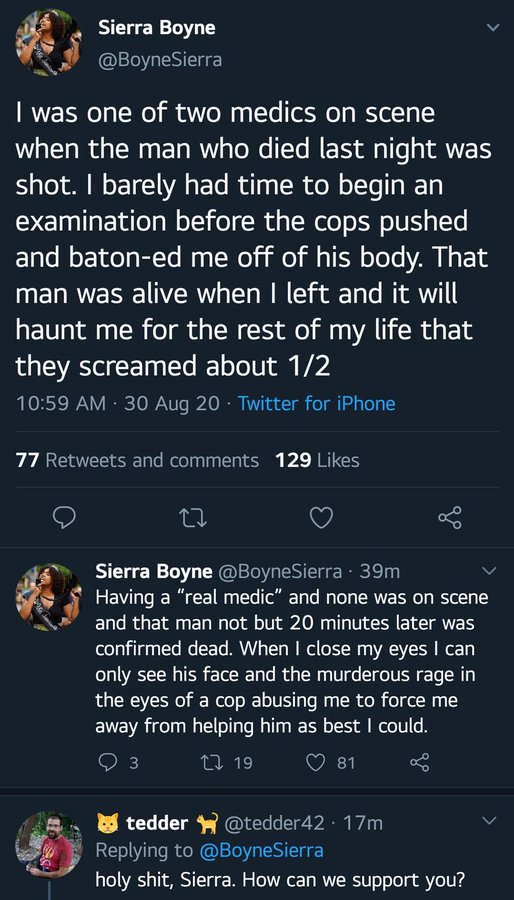 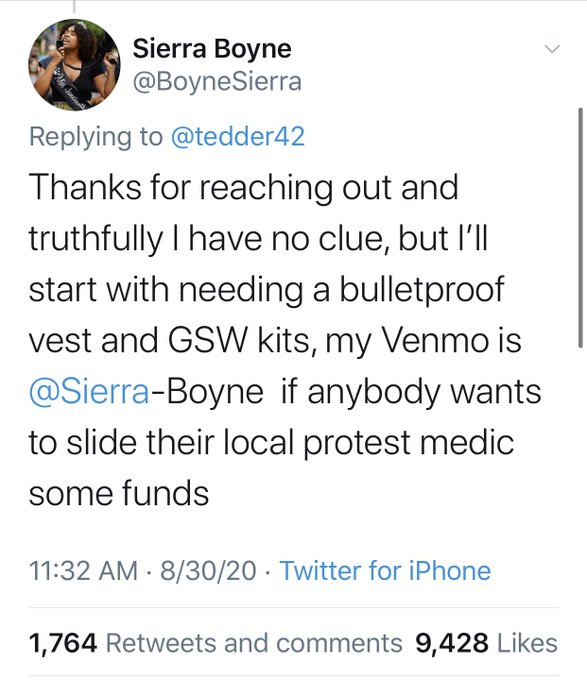 One of the videos of the aftermath of the shooting does show the first Portland Police Officers to arrive at the scene to move the two people who appear to be “treating” Danielson away from his body.

But the officers have no way to know who the people are and whether they have any actual medical training.  For all the officers know, the persons attending to a gunshot victim might be doing more harm than good.

Through her alligator tears, Sierra Boyne manages to give out her Venmo information and askes for donations so she can buy a ballistic vest and more medical supplies.

As of 11:45 pm on Sunday night, Portland time, that Twitter account no longer exists.  I wonder how much money she raised?