How we power our nation should be, like everything else, as free market as possible. May the most effective, cheapest energy sources win.

No government intervention or imposition. That means no subsidies or regulations playing favorites – picking losers at the expense of winners and warping and distorting how we choose.

Because market forces lead us to make the best choices. And mean that what is today a great energy source – may not be so great tomorrow. As we improve each, some may no longer be as viable. In which case – things like this happen:

Three Mile Island Nuclear Plant to Close in 2019: “The (Pennsylvania) plant…has lost $300 million over the past five years because of the decline in energy prices, Chicago-based Exelon said in a filing with the Securities and Exchange Commission.”

God bless fracking: “Nuclear power plants have been hammered by the natural gas boom that has slashed electricity prices in competitive markets.” This is how it’s supposed to go.

This is how it isn’t supposed to go: “Exelon…wants Pennsylvania to give nuclear power the kind of preferential treatment that are given to renewable energies, such as wind and solar.”

That “preferential treatment” – ain’t anywhere close to free market-ing. And it means, amongst other things, lots and LOTS of government money:

Exelon is looking to put Pennsylvania on the government money merry-go-round. Which never ever stops.

That’s a terrible idea. Which means – amongst government Leftists – it possesses some caché: “So-called nuclear bailouts have thus far won approval in Illinois and New York….”

And…there’s New York. Which means ridiculously Leftist Governor Andrew Cuomo. Who even as we ridicule – is looking to throw his state aboard a pony on that ridiculous roundabout:

“‘The state’s Public Service Commission (PSC) earlier Monday passed a new set of standards that by 2030 is supposed to ensure that half of New York’s energy needs are met by renewable methods, ranging from solar and wind, as well as hydro and nuclear power.’

“That is a very lofty goal. In fact, nigh unreachable: ‘As of 2015, New York only generated 11% of its energy via renewables. A tally it has taken them decades – and tens of billions of subsidy dollars – to attain. And now they have mandated a nearly 500% increase – in only fifteen years. Predicated, again, upon energy sources that require massive, ongoing government cash infusions – and in most instances take more energy to produce than they provide.’…

“And with all of that new, huger government spending – comes a huge government tab. That’s where the new taxes come in: ‘(T)he Public Service Commission also included a new (energy) tax worth $8 billion.’”

That’s a whole lot of new, additional coin – taken from New Yorkers by their ever caring government.

And where is that titanic coin going to go? Right where it did in Illinois – to Exelon. And as Exelon begs Pennsylvania to pony up – Cuomo is looking to give it to them in New York.

Which will mean even more government money required from New York (and Pennsylvania, and Illinois, and…). Over and over and over again. Round and round they go.

The correct move for New York and Pennsylvania here – is no move at all. Don’t just do something – stand there.

If Exelon is looking for massive government cash infusions – they ain’t amongst the best energies.

If it’s a good idea – no government money is necessary. No one needs to subsidize ice cream. 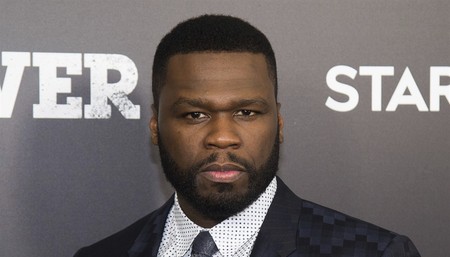 Must Watch: McConnell Schools Democrats on Consequences of Their Endless Escalations in Judicial Wars
Townhall
Biden: You can frack for natural gas but you can’t burn it
HotAir
'We're in the endgame NOW': Brian Cates' thread details how it's about to get REAL this week and it AIN'T good for Biden
Twitchy
Insanity Wrap #74: Armed Trans Muslim Antifa Arrested at Mostly Peaceful Riot
PJ Media