Time Magazine amazes me this morning. It prints one of the most intelligent and thoughtful descriptions of who and what Venezuelan Dictator Hugo Chavez was during his brief, frightening and frenetic life.

Chávez called himself a “21st century socialist.” In reality he was a throwback to the dogmatic and authoritarian 20th century socialism of Castro, Cuba’s former dictator, and to the 19th century caudillo tradition of Chávez’s demigod, South American independence hero Simón Bolívar. Chávez hoped that being democratically elected would obscure the fact that he didn’t govern all that democratically. It didn’t. So it’s tempting to dismiss him as an anachronism, a vulgar populist famous for gratuitous yanqui bashing — for calling then U.S. President George W. Bush a malodorous “devil” at the U.N. in 2006 — an erratic and messianic retro-revolutionary whose country’s vast petrowealth let him indulge his Marxist nostalgia.

For many, Hugo Chavez was a living, breathing throwback to the Cold War Era. A fitting reminder of how dead, backwards and bereft of original thought the so-called Progressives truly are. This was their icon, their Homo Universale. Ecce Homo! That man was Hugo Chavez.

As I organize my thoughts to compose a fitting epitaph, four major things come to mind regarding Chavez’s Totalitarian Career.
1) His dictatorial and unrealistic economic policies which led to tragic consequences for his people.
2) His knee-jerk anti-Americanism.
3) His strange and messianic appeal to deluded American Progressives.
4) His personal hypocrisy as he condemned money-making as inhuman and died with a personal fortune stashed north of Venezuela and equaling north of $1Bn.

In economics, Chavez did what The Red Hot Chili Peppers sang about. He gave it away. This could perhaps be construed as generous if you ascribe to the worldview of Sheila Jackson-Lee who famously described Hugo Chavez as a US ally. The only catch involved the nagging fact that most of what Chavez gave away originally belonged to someone else.

This misappropriation led Venezuela to suffer severe market failure. Basic staples became impossible to find in stores and a nation situated on a veritable lake of petroleum suffered electrical blackouts due to short supply. As civilization failed, many Venezuelans reverted to the law of the jungle in order to get what they needed and survive. The Miami Herald describes the tragic social consequences of Chavez’s Utopian Economic Marxism.

For Venezuelans, the worst aspect of the Chávez years was the soaring crime rate. Venezuela has become one of the most violent countries in the world, with nearly 20,000 murders recorded in 2011 and a homicide rate that some experts say is four times greater than in the last year before Mr. Chávez took power

Under Hugo Chavez, Venezuela competed continuously with Iran and North Korea. They competed to be more fulsome and predictable in their hatred of The United States of America. Chavez famously called George W. Bush the devil and Donald Rumsfeld his evil warlord. This synchronized far more closely with the views of the average Liberal Democrat than the average Liberal Democrat would ever like to publically admit. Even as Chavez lay dying of his cancer, his apparatchiks were condemning “The Enemies of The Fatherland*” for having attacked Hugo Chavez with cancer.

Chavez used the US as both a distraction and a foil. Anytime he had problems domestically, he ramped up the anti-American rhetoric. This reached its apex in 2006 when he used the UN as his platform to condemn the United States and win the applause and green-eyed envy of every despot around the globe. This lead him to a certain megalomania that doomed Venezuela to misery and isolation during his term in office.

“I no longer think a third way is possible,” he said, in spite of all the evidence to the contrary. “Capitalism is the way of the devil and exploitation. Only socialism can create a genuine society.”

Another amazing aspect of Hugo Chavez’s despotism has to be the reaction of freedom-loving, liberal spirits in America – the artists, the activists, the ones that like to let it all hang out and take it to the bridge. Like Dennis Rodman talking basketball to the newest blood-stained North Korean Junta-Boy, the ability of these people to focus their selective worldview is astonishing. The celebrities lined up to kiss the ring of Hugo Chavez and ignored his bloody hands while they did so. The American Spectator takes stock of who has joined The Hugo Chavez fan club.

As Ana Maria Ortiz and I wrote last year in Organization Trends, the oil-reliant Chavez regime enjoys passionate support from actors Danny Glover, Kevin Spacey, Ed Asner, singer Harry Belafonte, and supermodel Naomi Campbell. South American newspapers reported Campbell was having a romantic affair with Chavez — a claim she denies — but there’s no denying she is enamored of him politically. Campbell rhapsodizes about Chavez, speaking of her “amazement” at the “love and encouragement” that Chavez pours into social welfare programs. Rev. Jesse Jackson and the Marxist writers Howard Zinn and Naomi Klein are also proud chavistas.

And Chavez also had Henry Belafonte to sing his praises.

And let’s not forget singer Harry Belafonte who on a pilgrimage to Venezuela in 2006 told a crowd: “No matter what the greatest tyrant in the world, the greatest terrorist in the world, George W. Bush says, we’re here to tell you: Not hundreds, not thousands, but millions of the American people…support your revolution.”

Senn Penn and Oliver Stone both mourn the passing of Chavez. Former President Jimmy Carter wants us to remember what a humanitarian Chavez was and how he cared about the poor. I’ve also been told that Mr. Carter actually wanted to win reelection back in 1980 as well…What could bring Penn, Stone and Carter together to mourn so conspicuously?

Perhaps it this outpouring of “love” from suspect sources occurs because Chavez was a constant source of grist for the Anti-American propaganda mill. He famously contributed to relief programs targeted at giving fuel to lower income Americans. While this “generosity” undoubtedly benefited its recipients, it was clearly agitprop. His own people suffered electrical blackouts while Chavez gave away his petrol in return for political photo-ops with the likes of Joe Kennedy. Here’s a nice, representative sampling of the propaganda Chavez’s money could buy.

Many poor Americans in colder climes will doubtless be dismayed to hear that shortly after ringing in the New Year, Congress and the president have decided to cut 25% from the Low Income Home Energy Assistance Program….Far more welcome news came from Citgo Petroleum Corporation, a subsidiary of Venezuela’s state-owned oil company, which announced that it would be continuing its six-year-old program of providing heating oil to poor Americans free of charge…

The final cornerstone to Hugo Chavez’s legacy would have to be the obscene personal fortune that he made off of his love for the poor and his fight for the downtrodden. He blasted the traditional powers of his society with the rhetoric of a hell-fire and brimstone sermon.

Mr. Chavez called his opponents “degenerates” and “squealing pigs,” referred to the Catholic Church hierarchy as “devils in vestments” and labeled critics “counterrevolutionaries.” “Oligarchs tremble, because now is when the revolution is going forward,” he warned in 2000…

And yet while his people could find no food in the supermarcados, Chavez found the resources to squirrel away over $1Bn in assets. While his own country’s news media was shut down for failing to report what Chavez told them to, he would condemn his enemies as “disgusting pigs” from his own Presidential Podium on the taxpayer dime. In toto, Hugo Chavez deserves the legacy of vile hypocrisy.

Hugo Chavez died a polarizing figure. He only polarizes public opinion because a significant share of the public wouldn’t know cheap and detestable evil if it bit them in the posterior. Chavez displays the philosophy and beliefs of the so-called New Left in all its backwards and tyrannical glory. When a Leftist worships Hugo Chavez, a Leftist unconsciously telegraphs all that he believes.

Hugo Chavez was sincere in one way. He was sincere in pushing the ideology of Liberalism to its destructive, entropic and soul-crushing logical conclusion. The cancer that killed him was an apt metaphor for the impact of all that he believed upon the civilized world. Hugo Chavez esta muerta.

*-That would be the US in Dictator-Speak. 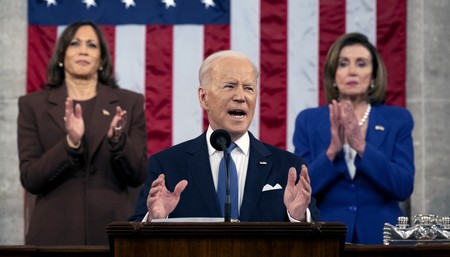