Sequestration isn’t as bad as I exaggerated it to be yesterday. It’s worse. Out of the 143 Million people who work, Sequestration will cause 170 Million of them to lose their jobs. It’s Obamacare on steroids and it’s growing huge.

OK, so that’s a wee tad inaccurate. It could even be argued that Congresswoman Maxine Waters respects the truth about as much as Occupy Wall Street demonstrators respect police cars. She sincerely has no clue what Sequestration will do or will not do to U3, U6 or U235 unemployment rates. But hey, look! A microphone! Journalists!

It’s like walking a bored and jumpy dog past a fire hydrant. Her brain disengages and her mouth pops open. Comedy ensues. John Stewart could take the night off. Except for one problem; Congresswoman Waters wasn’t telling jokes.

The evil internet rumor that opponents of The Voting Rights Act are spamming Justice Scalia’s inbox with Maxine Waters YouTube clips as a Post-modern form of Amicus Curiae Brief is probably false. They send him Sheila Jackson Lee instead. But Good Lord! Does the woman even pretend to prepare or think? This is totally inexcusable. 1st World nations do not have leadership that is this lacking in basic rationality and intellect. Watch that video of Congresswoman Waters and ask yourself how long you believe America will remain a 1st World nation. 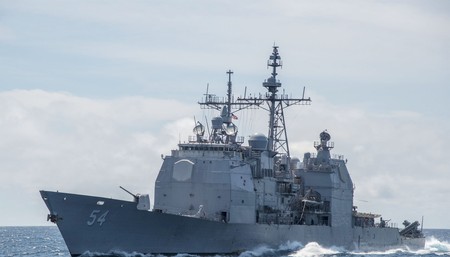 From JFK to AOC: How the Democrat Party Turned Into a 'Neo-Maoist Movement' — Victor Davis Hanson
Mike Miller

It's Official: The NSA Unmasked Tucker Carlson
Townhall
China not happy with NBC's Olympic coverage because of what wasn't included in map of their country
Twitchy
'Most Popular Ever' Joe Biden Gets Heckled and Can't Draw an Audience
Redstate
RIP Cleveland Indians: Brave New Name Will Honor Traffic Pillars on a Crumbling Bridge
PJ Media