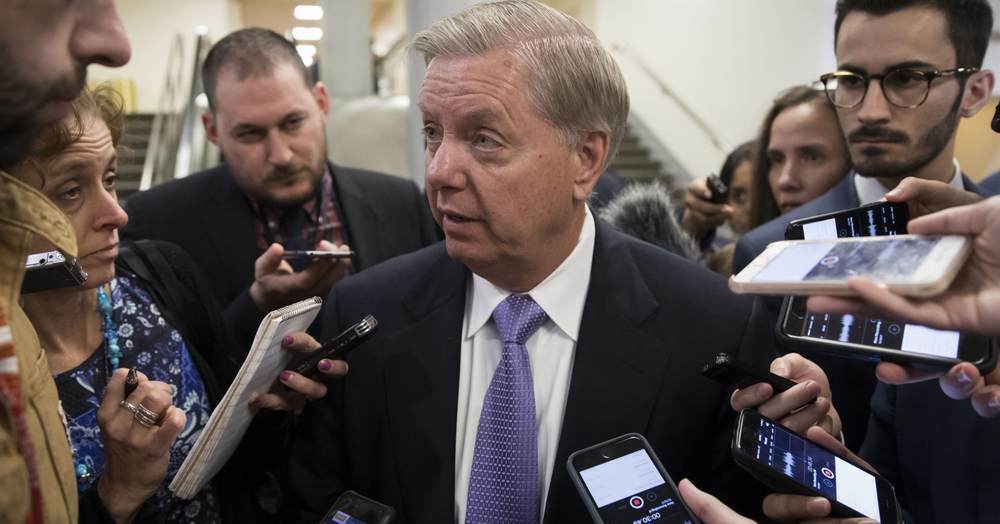 In a full interview yet to be aired Vice President Mike Pence made comments about the Mueller investigation and saying the investigation needs to end.

Pence told MSNBC’s Andrea Mitchell that special counsel Robert Mueller has had more than a year to investigate and “it’s time to wrap it up.”

When asked about Pence’s opinion on the Mueller probe by CN’s Dana Bash, Senator Lindsey Graham (R – S.C.) had some pointed words.

“That’s not Vice President Mike Pence’s decision to make,” he said. “I’m sure Mr. Mueller will wrap it up when it gets time to wrap it up.”

Indeed. And let’s not forget the only reason Mueller is even conducting the investigation is because of the words and actions of President Donald Trump.

If Pence’s words sound familiar, you likely have a firmer grasp on history than most as they are remarkably similar to what Pres. Richard Nixon said about the Watergate investigation.

“One year of Watergate is enough,” Nixon said in 1974. He would resign later that year.

This is not to say the Mueller investigation will end the same way Watergate did, but, come on, Pence. Don’t make it so easy for people to make the comparison.

As with any investigation, it will be over when there’s a conclusion.