Graham To Vote Yes on Haspel Despite McCain's Urging Not To 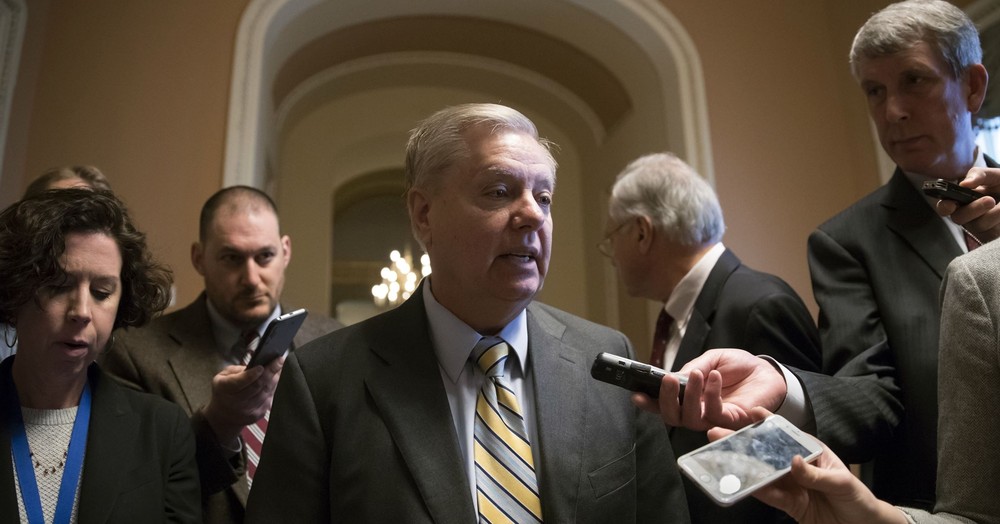 Sen. Lindsey Graham said Thursday he will be voting to confirm Gina Haspel as CIA director flying in the face of his good friend John McCain’s call for his fellow senators to vote no.

In a statement, Graham said, “I intend to support Gina Haspel to serve as the first female Director of the CIA. Ms. Haspel has rejected the interrogation policies of the past. She is fully committed to following the law that prevents future abuses. This law, among others, includes the Detainee Treatment Act which I helped author. Gina Haspel should be confirmed as soon as possible as we live in a time of continuing threats.”

McCain, who still holds his position as the Senate Armed Services Committee chairman despite his protracted absence from the Hill as he battles cancer, released a statement on Wednesday saying he opposed Haspel’s nomination due to her involvement with the waterboarding of terrorists after 9/11.

“I believe Gina Haspel is a patriot who loves our country and has devoted her professional life to its service and defense.

However, Ms. Haspel’s role in overseeing the use of torture by Americans is disturbing. Her refusal to acknowledge torture’s immorality is disqualifying. I believe the Senate should exercise its duty of advice and consent and reject this nomination.”