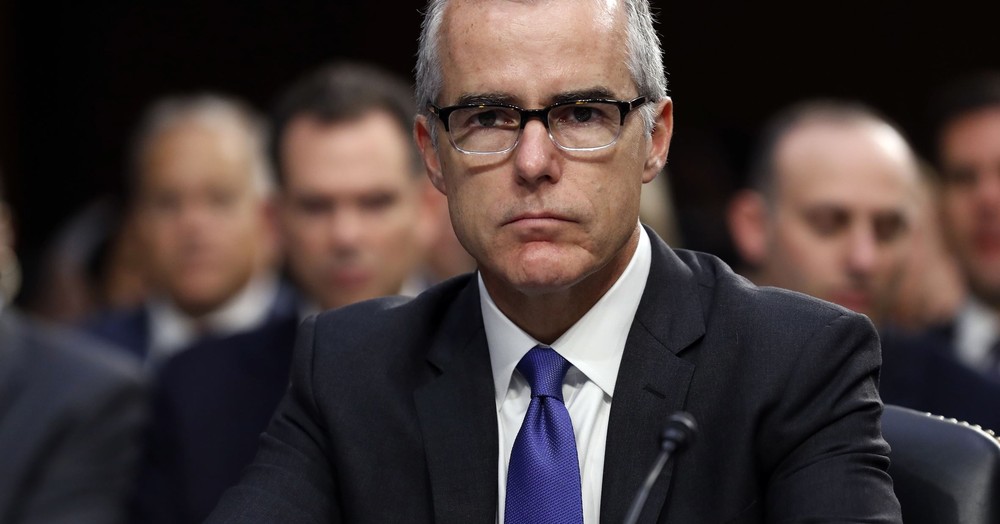 According to a Washington Post report, Trump asked McCabe who he voted for during an introduction at the White House in May.

Trump didn’t even think it was a big deal if he had asked McCabe the question.

“I don’t know what’s the big deal with that,” he said. “Because I would ask you, ‘who did you vote for?’ I don’t think it is a big deal. But I don’t remember that. I don’t remember asking him the question.”

A part of me honestly believes Trump doesn’t remember asking the question — or anything he says — or sees any significance to it because he’s a bullshitter.

When people describe Trump as transactional, it’s not just on policy issues. His “I don’t think so” response reflects two things:

1. His inability to tell the truth about interactions with others because he says whatever is on his mind in the moment and can’t be bothered to remember what he said despite supposedly having “the best memory.”

2. His propensity for covering his rear end. “I don’t think so” is not a flat-out denial. Therefore, if evidence surfaces that proves he did ask, he’ll wave it off as something he simply “forgot” and play it off as being nothing but an icebreaker or simply declare it to be “fake news.”

Trump’s ego matches the size of Trump Tower. Knowing how he is and how he views loyalty, the safe bet is to believe he asked the question.

Why the Left Truly Is Evil, (Not Stupid!)
Townhall
Karine Jean-Pierre blasts Jeff Bezos over gas prices and inflation
Twitchy
New Poll on J6 Committee Gets Even Worse for the Dems
Redstate
Tin-Foil Hat Warning: The 'Blue Anon' Cult Is Real and Those People are Cray-Cray
PJ Media