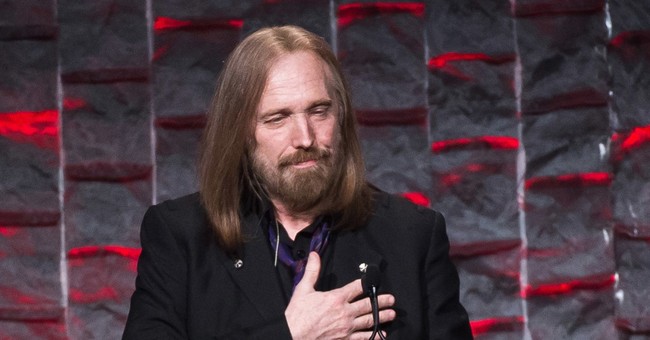 Update: Petty’s manager confirmed he passed away in the hospital surrounded by loved ones around 8 o’clock last night.

As was reported earlier, Tom Petty apparently has not yet passed away.

According to TMZ, things don’t look good, but the singer is still alive.

RedState’s Brandon Morse’s tribute to Petty is a must-read either way.

LAPD apologizes for confirming Tom Petty's death (he's still clinging to life per TMZ). This is a massive mistake!!!! pic.twitter.com/S7y5zgzRtj

This Sloppy Pro-Biden 'Brandon' Ad is So Bad, It's Hard to Tell Who It's Supporting
Townhall
Progressive Oklahoma state rep owns the cons by codifying that a man's financial responsibility begins at conception
Twitchy
Psaki Slips up on Who Is in Charge at the WH
Redstate
Giving Up on Canada
PJ Media