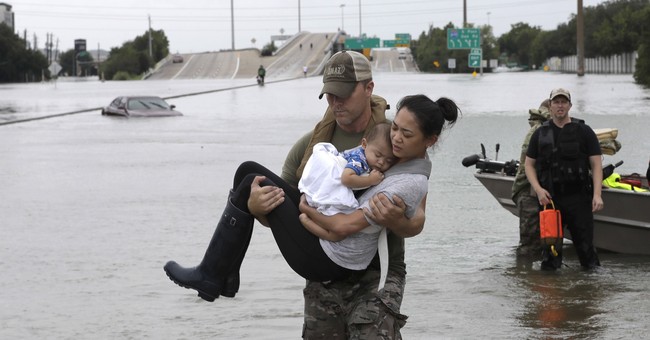 Senator Ted Cruz (R – Tex.) spoke to reporters on Tuesday in Corpus Christi and remarked on the non-partisan unity Texans are feeling in the wake of Hurricane Harvey.

“In a time like this, there are no party divisions,” he said. “There are no lines dividing us. We’re Texans.”

Cruz has faced criticism in the wake of Hurricane Harvey over his past vote against relief for those affected by Super Storm Sandy. The bill was laden with pork projects by the time it was voted on in the Senate and Cruz said he could not support it.
Share
Tweet
Tags: HURRICANE HARVEY SEN. TED CRUZ
Trending on Redstate Video
Trending