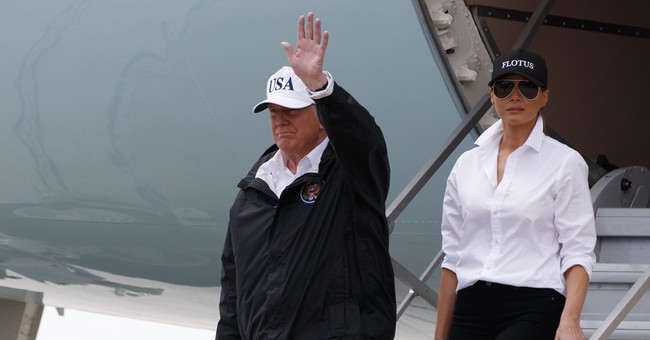 President Trump and the First Lady touched down in Corpus Christi, Tex. Tuesday afternoon to meet with officials and survey damage from Hurricane Harvey.

The president met with Gov. Greg Abbott and Sens. John Cornyn and Ted Cruz as well as local and federal officials and disaster relief crews.

The trip has been controversial, however, past presidents have typically visited disaster areas within the first five days following the event.

Trump has received criticism for his non-response as well as his responses regarding Hurricane Harvey.