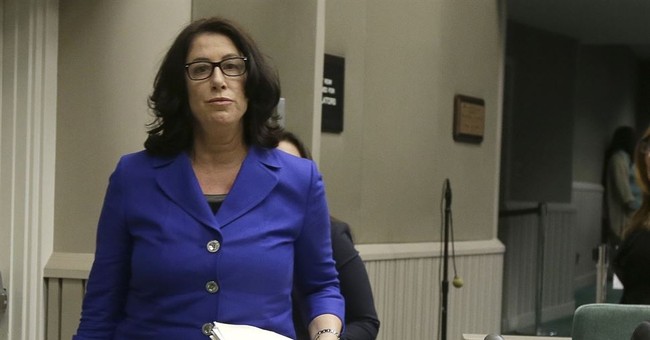 House Speaker Nancy Pelosi was basically delivering a finger to Americans in the past two days with her effort to hold America hostage on the virus relief bill in order to get all the Democrats’ pet programs crammed into the bill.

Between that and her impeachment gamesmanship, she’s effectively condemned her speakership to be remembered for letting her hatred and partisanship get out of control.

Now, it looks like the apple doesn’t fall far from the tree.

Over the weekend, Sen. Rand Paul (R-KY) announced that he had been diagnosed with the Wuhan coronavirus.

Most people expressed sympathy and concern for him, especially knowing that it’s particularly dangerous to someone in his condition. He was left with severe lung damage after his neighbor attacked him without warning, breaking six of his ribs. Paul later had to have part of his lung removed.

But Nancy Pelosi’s daughter, Christine, who is a political strategist, was far from sympathetic, saying Paul’s neighbor was “right.”

Pelosi was responding to a tweet by the Washington Post’s Paul Kane that Sen. Mitt Romney was quarantining after contact with Paul and now had to stay away from his wife for two weeks because she has MS.

She was blasted but good, on Twitter, as Fox noted.

“You should probably take anything about “love” out of your bio,” The Daily Wire’s Jessica Fletcher told Pelosi.

“Leave it to Christine Pelosi @sfpelosi (Nancy Pelosi’s adult daughter) to have the most disgusting take of the day on twitter dot com,” GOP rapid response director Steve Guest tweeted.

Seriously, how cold and disgusting is this? She apparently “cares” (temporarily of course) about Mitt Romney (the present darling of Democrats for his impeachment vote) but it’s just cool and “right” if Paul is seriously assaulted.

Her mother made a big point of saying during the impeachment proceedings that she didn’t “hate” because she was a Catholic and her religion didn’t allow that. One would surely take issue with how closely the Speaker follows that dictate given some of her actions. But her daughter is surely not practicing charity with her hateful remarks about Paul.