Hilarious: Watch Ryan Reynolds Explain How Important Celebrities Are in Fighting the Virus 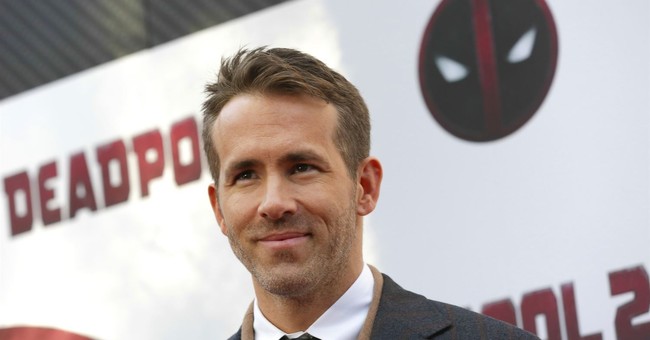 FILE – In this May 14, 2018 file photo, actor-producer Ryan Reynolds attends a special screening of his film, “Deadpool 2,” at AMC Loews Lincoln Square in New York. Reynolds recently went public about his battle with anxiety. (Photo by Brent N. Clarke/Invision/AP, File)

One thing that never seems in short supply is celebrities ready to offer their opinions, whether they know anything about a topic or not, whether one wants to hear from them or not.

Here was one example last week, apparently organized by Gal Gadot, with celebrities singing, “Imagine,” in response to the Wuhan coronavirus.

But it seemed to hit a sour note under the circumstances. It’s preachy, to begin with, when maybe what we need right now is not to be preached to when we’re already ordered into our homes. Plus, borders are sounding really good right now, as does religion, so I’m all for imagining more of it, not less. Imagining no possessions while people are losing their jobs and scrounging for toilet paper probably also isn’t a great look.

Larry the Cable Guy, who is often a font of wisdom, laid it down.

Here’s a message from people with a lot of possessions that can take a year off of work and not flinch telling everyone outa work to imagine a world with no possessions while people are living in the street a half mile away from ‘em. RT @MattWalshBlog:

But Ryan Reynolds really let celebrities have it for their sense of self-importance in his own video.

“We need to work to flatten the curve and fight off COVID-19. I think in times of crisis, I think we all know that it’s the celebrities we count on most,” Reynolds cheekily said. “They’re the ones that are going to get us through this.”

After a brief pause, Reynolds then remembered that celebrities are actually the least important during these trying times.

Unlike celebrities who might just sing or think of themselves, Reynolds is putting his money where his mouth is.