CNN's Max Boot Mocks Trump Voters Sheltering in Homes, Says How Good They Had It With Obama, Weeps Hillary Not in Charge 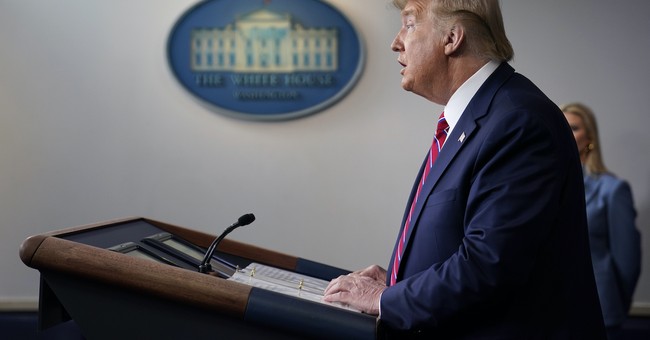 When you wonder if Never Trump folks can go lower, they always seem to show that they can.

At a time when priorities should be on pulling together, they are never off-message. That message isn’t about helping America or Americans. It is always and only about attacking and undermining President Donald Trump, even if that means attacking or mocking Trump supporters.

Here’s CNN analyst, WaPo columnist, and Never Trump guy Max Boot mocking Trump voters who are sheltering in their homes, wondering if they get it how much better they had it under Obama, saying now maybe those Americans will stop bragging about their stock market gains.

As they shelter in their homes and the economy grinds to a halt, I wonder if Trump voters now realize how good they had it under Obama?

Perhaps at least they will stop bragging about Trump’s economy now that the stock market has crashed? https://t.co/lOeyGBQ6AE

We read it so you don’t have to.

Utterly lacking in empathy, Trump is incapable of rallying a shell-shocked nation. When asked on Friday, “What do you say to Americans who are watching you right now who are scared?,” Trump launched into a tirade against the reporter who asked the question. Like the snake-oil salesman that he is, his version of reassurance is to tout miracle cures that have not been verified by medical science.

I weep in anger and frustration imagining what might have been if Hillary Clinton — a sane, sensible adult — had won. We couldn’t have avoided the coronavirus, but we could have ameliorated its effects. We could be South Korea (102 deaths) rather than Italy (4,825 deaths and counting).

Wait, I’m confused. Aren’t you the one mocking Trump voters sheltered in their homes, saying maybe now they will stop bragging about their stock market gains? Who is that lacking in empathy?

He’s literally rejoicing in people losing their savings, a lot of which they had because of Trump, because of a global pandemic that Trump had nothing to do with. Trump fostered a banging economy, had the lowest unemployment levels in 50 years, brought the Dow up to nearly 30,000 and created millions of jobs.

No, we didn’t have it better under Obama.

Under Hillary Clinton (or Barack Obama for the matter) they would have had none of the good economy that Trump brought because of his positive business, tax, and deregulation policies.

But let’s look at what would have happened if they were in charge. We can make some surmises based upon their past actions as well as statements now.

They let over 17,000 people die with the Swine flu, and Max didn’t give a darn about that, no reason to panic.

Why swine flu is no reason to panic: http://www.commentarymagazine.com/blogs/index.php/boot/64561. Swinish behavior might be a big concern.

When Trump cut travel from China on Jan. 31, Democrats called that racist. Joe Biden suggested it was xenophobic. The things that stopped Italy from cutting off travel sooner and contributing to the devastating problem they have now.

Had the Obama folks been in charge, we’d be much closer to Italy with ballooning cases and deaths, with an 8.5 mortality rate (in relation to diagnosed cases).

Under Trump, because he didn’t fear being called racist and cut travel from China and Europe, we have fewer cases and are closer to South Korea, with its 1.1 percent mortality rate. We are at 1.2.

It’s sad that this is all these folks can do at this point.