Seven counts of “honest services fraud, extortion and money laundering:” Sheldon Silver was a very busy man as New York Assembly Speaker. He’s also 71, which means that he’s probably going to spend the rest of his life in jail if he can’t make a deal.  Sheldon Silver is certainly out of the legislature now, at any rate.  I look forward with some interest to the man’s sentencing; it may tell us a good bit about whether Sheldon Silver is going to making a deal, now that there’s a conviction on the table. Certainly US Attorney Preet Bharara is going to want to keep the momentum up*.

Come, I will conceal nothing from you: corruption in New York state politics is a strictly bipartisan game.  We cannot pretend otherwise, considering that Dean Skelos (the Republican former New York Senate Majority Leader) is on trial for bribery and extortion himself.  Sure, innocent until proven guilty and all that, but the jury’s undoubtedly sequestered at this point**.  My larger point is this; pay attention to state legislative elections.

…Yes, even in Democratic states. One of the reasons why the New York state legislature is in this mess is because people shrug off a little corruption, because “they’re all corrupt.”  And then a little corruption becomes a lot of corruption, and then crossbreeds with other forms of corruption, and the next thing you know you have a thoroughly dysfunctional and irresponsible state government. And then the people who went “they’re all corrupt” preen a little, because they have successfully (in their own minds, at least), turned cynical laziness into self-affirmation.

It’s harder to actually get down on your knees and go pull up those weeds, sure.  I get that.  But doing so provides real, tangible value for the Republic. Giving up never does.

*I will admit this: Barack Obama appointed US Attorneys in at least New York and Pennsylvania who are omnivorous in their viciousness and ruthlessness (said he, with admiration).  I did not expect any of his appointees to go out there and cheerfully cut a Democrat; and I was wrong. Credit where credit is due.

**Not to mention, probably capable of dressing and feeding themselves without assistance – which means that they know dang well that Skelos is dirty; they just need to determine whether the prosecution successfully demonstrated it. 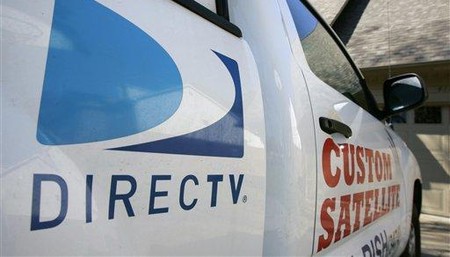 DirecTV Drops the Hammer on OAN, Which May Do Them In
Nick Arama

Is Kyrsten Sinema Running for President in 2024?
Jerry Wilson

Biological Male UPenn Swimmer 'Compares Herself to Jackie Robinson,' 'Mocks' Competing on Women's Team
Townhall
NY Mag's Jonathan Chait has found a Republican worse than Trump (just guess)
Twitchy
Glenn Youngkin and Company Start Things off by Going Scorched Earth in Virginia
Redstate
Help! I May Need Therapy For What the 'Sex And The City' Reboot Is Doing to Me
PJ Media