The Daily Caller has the details*:

Here’s how the logic works (according to World Net Daily’s Joe Kovacs): “While the Constitution does not define ‘natural-born citizen,’ there is strong evidence that the Founding Fathers understood it to mean someone born of two American citizens.”

Kovacs (and he is not alone) goes on to reason that Rubio’s “eligibility is in doubt” because — though his parents were legal U.S. residents when he was born — they were not yet naturalized citizens.

Now, I am supposed to write something at this point like “Well, at least they’re being consistent.” I’m not going to be doing that. Instead, I’m going to be writing this. Under our current definition of ‘natural-born citizen,’ this guy:

…is perfectly eligible to be President and/or Vice President of the United States of America. It just so happens that I would prefer that he spend the rest of the decade in the Senate, then run for Governor of Florida, then become President – because I’m greedy that way – but nonetheless, under the current rules he is eligible.

…then let me be the first to inform you: YOU ARE CURRENTLY FROLICKING IN THE ENDLESS, SUN-LIT PLAINS OF STUPIDITY.

PS: “Your stance would make Marco Rubio ineligible for President” is a valid rebuttal to your argument. This is politics, not higher mathematics/formal logic. 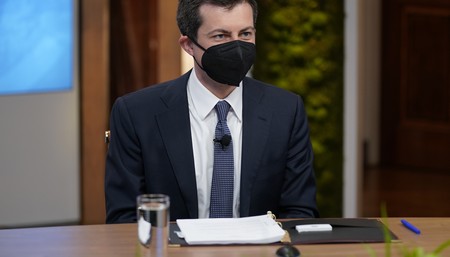 The Truth Mavens Support Biden’s Farce on the Border Visit, Are ‘OK’ With a White Power Salute
Brad Slager

Joe Biden Asks out Loud the Question We All Have: “What Am I Doing Here?”