Trump and Hillary are Making Obama Much More Popular

If there’s one guy in America who ‘s tremendously happy about the way the 2016 campaign has unfolded, it’s Barack Obama. Obama has been mired in uninspiring approval ratings for his entire second term, occasionally scraping George W. Bush territory.

However, 2016 has reminded people that things can always get worse, much worse. And the vast majority of America seems to believe that no matter who wins in November, we’ll soon be looking back fondly to the days of President Obama.

Washington (CNN)President Barack Obama’s approval rating got its own convention bump, and now stands at its highest level since just before his second inauguration in 2013.

This is frankly not good news for America, because it means that we have substantially lowered the bar on what constitutes success for a President. Obama is the only President in American history to never have a year of 3% GDP growth. He has botched foreign policy all over the globe and made the world in general a less safe place to live. He has aggressively attacked the constitutional separation of powers and contributed substantially to what is now likely to be a permanent centralization of Federal power into a single individual, the President.

All these things are bad for both the country and the world. And yet, once they’ve all been said, they’re probably not as bad as either of his two potential replacements will do. 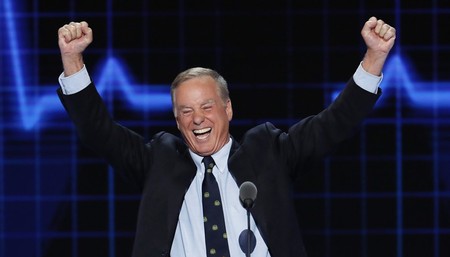