AFSCME's War on Workers &amp; Taxpayers: A Look Inside The AFSCME Playbook

Last year, when Larry Scanlon, the Director of Political Operations for one of the nation’s largest government unions, the American Federation of State County and Municipal Employees (AFSCME), stated “the more members coming in, the more dues coming in, the more money we have for politics,” it was symbolic of a system corrupted by union bosses who enrich themselves at the expense of America’s taxpayers.

While AFSCME and other government unions are settling contracts that require members to pay more for their health insurance and retirement, as well as furlough days, to rein in out-of-control budgets, with the exception of a few states like Arizona, New Jersey, Ohio and Wisconsin, the government-union power structure is being left almost wholly intact.

In fact, in states like California, Connecticut, Florida, Illinois, Massachusetts, New York, Oregon, Pennsylvania, and Washington government union bosses have been left largely unrestrained to continue expanding their power at the expense of the taxpayers in those states.

Despite the occasional glimmer of sanity by some union-controlled politicians, by and large, government unions like AFSCME have honed their strategy well as Daniel DiSalvo noted last year in his essay The Trouble With Public Sector Unions:

…economist Richard Freeman has written, “public sector unions can be viewed as using their political power to raise demand for public services, as well as using their bargaining power to fight for higher wages.” The millions spent by public-employee unions on ballot measures in states like California and Oregon, for instance, almost always support the options that would lead to higher taxes and more government spending.

The strategy AFSCME developed to build its power is a well-developed model. AFSCME even detailed it its Building Power in the Workplace: the AFSCME internal organizing manual—a 50-page manual designed to help AFSCME’s local unions strengthen AFSCME and broaden “the fight for change in the workplace.”

Throughout AFSCME’s Internal Organizing Manual, AFSCME talks a lot about “targeting.” AFSCME encourages the strategic targeting of both workplaces and workers.

On targeting the workplace, strategic targeting is essential to AFSCME:

The success of internal organizing campaigns will be determined by what we do before the campaign even starts. Targeting must be strategic.

Every target chosen for internal organizing should be evaluated against the standard of our ability to achieve real success. If an entire local union or group of locals meets the criteria for success and the resources exist to run the campaign, that’s great. More often than not, we will need to choose narrow targets at first. Although there may be resistance to targeting within the local because some workers may feel left out or ignored, targeting is crucial because resources are scarce. After success is achieved in one area, move on to another. [p. 12]

On targeting workers, AFSCME’s manual gives an example on how far AFSCME will go, including using co-workers, the internet, sign-in sheets at meetings, and even the (legally questionable) taking of information from employer documents to obtain information in order to target workers at home:

Part of the preparation for any campaign is to collect information on the target. The most critical information in any organizing campaign is the list of workers in your target (with home addresses and phone numbers where possible). Employee lists often can be obtained directly from the employer. If address and phone information for non-members cannot be obtained from the employer, one of the first tasks is to get that information from a large majority of people in the targeted group. The AFSCME model recommends getting a minimum of 80 percent of the addresses before proceeding with a campaign.

Obviously, employers are not safe from AFSCME’s targeting. After all, if AFSCME only unionizes workers, but the government remains resistant, it does no good. Therefore, AFSCME’s Internal Organizing Manual makes the employer a target as well.

Like the SEIU Contract Campaign Manual exposed earlier this month by the Competitive Enterprise Institute’s labor policy counsel, F. Vincent Vernuccio, AFSCME’s Internal Organizing Manual focuses on putting pressure on the employer, using political and community groups, as well as the press and public opinion against the employer. Again, in AFSCME’s case, the employer is the government–or, rather, the taxpayer.

It is also important to research the employer. We must be willing to look beyond the everyday relationship, and find out what pressure points can be used to win battles in the workplace.

Who holds the power and how can they be pressured? We must understand what factors affect the boss’ ability to meet our demands. What budget problems exist? What political, ideological or economic interests will cause the employer to resist union actions? How will the boss and the workers react to external pressure? What are the political and community groups that can be used to pressure the employer? How can the press and public opinion be used? Internal organizing isn’t just about organizing members — it’s about organizing and out–organizing the boss. [p. 13]

Throughout its Internal Organizing Manual, AFSCME goes on to explain how to recruit committees (Member Action Teams, or MATs) and the traits desired, how to conduct home visits, how to assess workers, as well as the use of group grievances to stir up support.

In organizing drive, both MAT members and stewards should be looking for issues to advance organizing. They should consider the grievance procedure as one of many tools to resolve problems. Stewards should also look for ways to expand individual grievances into issues of broad appeal. [p. 19, emphasis added.]

On house calls, AFSCME provides tips, including on how to dress, catching the workers by surprise, and involve workers’ family members:

Interestingly, unlike other unions that offer money for signatures on union authorization cards, AFSCME discourages the use of signing bonuses [p. 15].

Elsewhere in the manual, AFSCME explains how to move the middle and “persuadable” workers:

Other sections of AFSCME’s Internal Organizing Manual provide insight on how to plan rallies, create urgency, build community support and “consolidate power.” There are also tools that AFSCME provides in the manual, such as a sample House Call Sheet.

As AFSCME’s Larry Scanlon, stated “the more members coming in, the more dues coming in, the more money we have for politics.” As long as AFSCME continues to see the government workplace as the means of building its power over taxpayers, the more the public knows about AFSCME’s playbook and how it is being used, the more informed voters will be to AFSCME’s true goals. AFSCME and other government unions are more focused on building their power, and it comes at taxpayers’ expense. 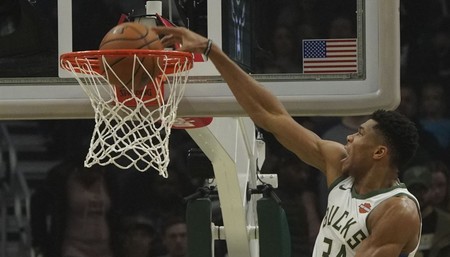 WATCH: Crazy Video of CBP Letting in Hundreds of Illegal Aliens Across Border, While Cubans Are Denied
Nick Arama 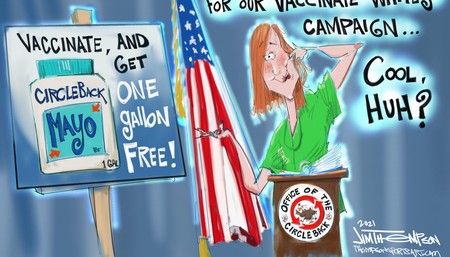 Biden's Vaccine Rollout: It's Not Our Fault You Suck as a Salesman
Jennifer Oliver O'Connell 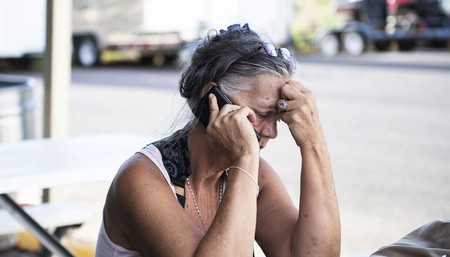 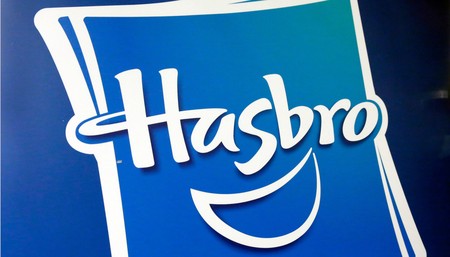