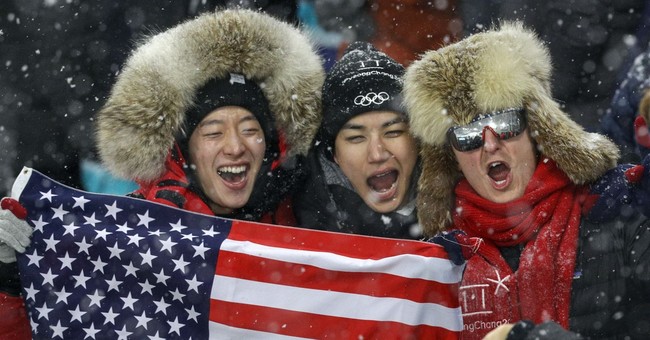 We’re about a week into the worst of this pandemic situation here in the U.S. but it feels like a year. It is shocking how much has changed in mere days. It is shocking just how much continues to change day-to-day.

On Tuesday, Trump indicated that he hopes to have America back to business by Easter. That is nearly three weeks away and the prospect of business grinding to a halt for another three weeks is heartbreaking.

I don’t think President Trump believes we will do it either. There is a very good case to be made that optimizing the flattening of the curve would take months of isolation, not weeks. I understand those who are worried that Trump isn’t taking his medical advisors seriously. It is my opinion that he absolutely has been listening to them. However, it’s important to remember that Trump is a businessman above all. He understands the necessity of work to keep the American engine running. At some point very soon – and perhaps already, even – he is going to have to weigh the individual health consequences of this “quarantine” with the national health consequences. That may make his medical team uncomfortable (they are doctors, not businessmen), and even most of us, but the reality of our lives in this country is that Americans aren’t that great at sitting around.

At some point, we’re just going to get on with it.

Then Trump will have to make a decision to have to actively restrain Americans and the economy or to let it move forward without any type of input or planning. Both have dire consequences. It seems wiser for our leadership to begin discussing how to plan a “gradual” return to some semblance of economic normalcy, because getting back to business is an inevitability.

We are the innovators. We are the warriors. We are the entertainers and the creators, the inventors, and the explorers. Our nation was literally founded on exploring the unknown…on risk-taking.

When a foreign king in a foreign land told us to be serfs, our Founding Fathers rallied for nearly a decade, doing the impossible.

We fought our own countrymen to end slavery. It was a brutal war that cost 600,000 American lives. Then we fought our own government to restore the constitutional rights of black Americans who had been promised freedom yet foiled by Jim Crow.

When our global allies called us to war, we invented the weapon to “end all wars.” When our Cold War enemy looked to be outpacing us, our president called on Americans to go to the moon in a decade and that is exactly what we did.

Vaccines, internet, telecommuting, home delivery, the Hoover FREAKING Dam. When problems arise, we solve them. It is in our DNA.

Elon Musk’s SpaceX is in California. Bill Gates created Microsoft in his garage in Seattle. There’s a reason for that. We are the innovators. We can no sooner stop our forward motion than we could stop the sun from rising. Even in the midst of great suffering, we have always lurched forward. When WWII stole our young men and our productivity, American women stepped up to fill the workforce and keep the engines of our economy running.

President Trump knows this. It is the concept he built an empire on. Ever seen Trump tweeting in the dead of night and wondered, “What the hell is he doing up right now?” The answer is that he’s a businessman and successful businessmen don’t sleep that much. There’s always something to be done, plans to be made, ideas to be culled, problems to be solved. Trump knows that even if life as they know it has fundamentally changed in mere days, American businesses can only restrain themselves for so long. It won’t even be an act of rebellion once they break loose. It will just be…natural.

It’s a walk on a razor’s edge and I do not envy the President for the position he is in right now, but I do believe that he is not saying that in 5 or 10 or 20 days it will be back to business as usual. What he is saying is that it is unreasonable to expect Americans to tolerate isolation and the stifling of innovation for too long. He knows what the politicians around him who have suckled from the public teat most of their lives don’t know and can never know: America wants to work. America needs to work. We need hope. Not the kind you put on a campaign sticker, but the kind that signals that our leaders are willing to take the American mentality into account even as they struggle with this very serious health issue. We need a glimmer of hope that there is an end on the horizon and that our leaders are at least willing to visit and revisit the issue as more data becomes available. Without that hope, we will surely lurch forward on our own but the chaos that will ensue could be just as devastating as the quarantines.

Once, I was walking along my favorite hiking trail in the local foothills. Recent heavy rains had washed away a portion of the path that led to a very pretty area. I was worried that it might wash away completely, cutting off access. I asked my husband what he thought would happen in that case. Would the city or the county send out crews to repair it or build a ramp or something? He said, “No. People will just beat a new path.”

If that doesn’t sum up America, I don’t know what does. We are not of a national mind to sit and wait. When there is something in our way, we are not yet primed to hold indefinitely. Americans will just beat a new path. It’s what we do.

Sooner or later that’s exactly what we will do.