Just Who Gets to Define 'Feminism' Anyway? Feminist Jessica Valenti recently wrote an article at the New York Times titled “The Myth of Conservative Feminism”. While I personally have never defined myself as a “feminist”, I know many conservative women who proudly use the term and have devoted their careers to the advancement of women in American society and around the world.

Valenti notes that with the confirmation of Gina Haspel as the first female director of the CIA, there has also been a very noticeable silence from left-wing feminists in regards to this particular part of the glass ceiling being shattered.

On Thursday, Gina Haspel, President Trump’s choice to lead the Central Intelligence Agency, was confirmed by the Senate, making her the first woman in that position. That same day, Fox News announced that Suzanne Scott would be the company’s first female chief executive.

There is a distinct lack of feminist celebration over these women ascending in these jobs — an absence that Republicans have criticized as hypocrisy. Shouldn’t we feminists be pleased by these shattered glass ceilings?

Of course, we already know the answer to Valenti’s question.

While groundbreaking in the literal sense, there is nothing feminist about a woman who oversaw a site where detainees were tortured, someone who refuses to say whether she believes torture is immoral. In the same way, there is nothing “empowering” about Ms. Scott, a media executive who reportedly enforced a “miniskirt rule” for female on-air talent, and who was cited in two lawsuits for contributing to a toxic work environment and retaliating against a sexual harassment victim. (Ms. Scott has denied these reports and the lawsuits were settled.)

Feminism isn’t about blind support for any woman who rises to power. The real political duplicity here is Republicans’ continued efforts to co-opt feminist language while actively curtailing women’s rights.

Valenti’s refusal to be supportive of these women who have worked hard to earn themselves a spot in history as major power players isn’t exactly surprising. The accomplished author is a devoted Democrat and unashamed of her left-wing ideological preferences. You may not like her views, but you always know exactly where she stands.

What I do find problematic is the presumptuous premise of the piece in the first place. As Valenti writes it, feminism is this one thing but not at all the other. Feminists are like this but never like that. Feminism supports X but refutes Y and Z.

It makes me wonder – who exactly gets to define “feminism” these days?

If you ask my mother’s generation, most would say that feminism means supporting the equal rights of women. Valenti also seems to agree with that. Great, no problem with that definition at all.

But then the feminist writer goes on to say that there’s “nothing feminist about a woman” who won’t condemn torture as immoral.

Says who? Who even says torture falls under the “feminist” wing of justice at all?

This isn’t to make a moral judgment on the issue of torture, but it is curious that a feminist would so confidently claim that in order for one to be considered a feminist she must be against torture. Can’t there be valid reasons for a proud feminist to be in favor of torture under certain circumstances? As a mother it isn’t hard to imagine a situation where the lives of my children were directly at risk and I might approve of the use of torture to secure information that would save their lives. I’d do literally anything to save the life of my child. So would almost any mother, even those who also call themselves feminists.

Again, this isn’t to say that torture is right or wrong. I’m just positing that it is an odd qualification for feminist bonafides. It seems as though this could be a fair and justified area in which women dedicated to equal rights for all women might disagree.

Of course Valenti does not leave out the issue of abortion as a necessary qualifier for feminism. She even brings up immigration policy.

Do feminists as a monolith all have the exact same take on immigration policy? Valenti and some of her feminist allies might believe that a family taking the risk of crossing into a country illegally should be immune from the consequences of that risk, but there are also other aspects of the illegal immigration issue that a feminist might sincerely be concerned about. A feminist might support tougher immigration law because she fears a porous border puts young girls and women at risk for human trafficking at the hands of ruthless “coyotes” and cartels. That would certainly qualify as an issue of protecting women and fighting for their rights. Who decides that it isn’t? Who decides that it is less of a concern than the issue of family separation?

With regards to abortion, female gendercide is a terrifyingly common issue in many parts of the world where sons are much more valued than daughters. The natural average of male to female births tends to hover around 105:100…so that’s about 51% of any population being born male when there is no external interference. Many Asian countries such as India and China have hugely skewed ratios because of the cultural importance placed on sons. Their societies are beginning to see the terrifying results of such gender engineering. In Azerbaijan, the ratio of male to female births is a whopping 116:100. Abortion is being used in such places to rid families of the “inconvenience” of girls as they keep trying for more sons.

Valenti certainly views abortion as a sacred right of any woman, but what about the rights of women to be born in the first place? Why on earth would we not consider that as much of a feminist issue as the choice to abort? Again, there are plenty of reasons why feminists like Valenti might poo-poo the idea of a pro-life stance being feminist but is there no logical room at all for those who might consider such a stance just that? Both sides of that issue are fighting for the rights of women. One side demands women be allowed the choice to abort a pregnancy if they so choose, and the other side demands that women be allowed to be born in the first place so that they have the ability to make any choices at all about anything. You can’t choose anything if you’re dead. Do feminists want more women in the world, or fewer? Women like Valenti might not find it a very convincing feminist argument, but can we at least agree that it is an argument?

Why do some women get to decide the parameters of feminism for all women? I agree that anyone who says “Women are no better than animals and have no place in public alongside men” is probably not a great candidate for shelter under the feminist tent. That seems like a no-brainer. But just like our bodies, our minds come in all different shapes and sizes. We all come to the table with different experiences and world views. It seems naive (if not blatantly sexist) to assume that we all would hold the exact same point of view on every issue affecting women at every moment of every day in every geographical location.

Why is Valenti’s “feminism” the feminism? Boldly declaring that a history-making woman like Gina Haspel doesn’t count because she isn’t the “right kind of woman” seems disturbingly exclusionary. It also seems woefully narrow-minded and transparently partisan. I don’t expect the Valenti brand of feminists to change their deeply-held convictions just for the sake of unity, but I do expect just a modicum of intellectual honesty, and perhaps even curiosity.

She can criticize Haspel and any other Republican-allied woman all she wants on the grounds of ideological differences. That’s fair and I dare say even necessary. However, it is grossly childish to assume that any one person or group of women gets to decide for all of us what qualifies as a pro-woman woman. It seems to be the very thing we’ve been fighting against since time in memoriam. 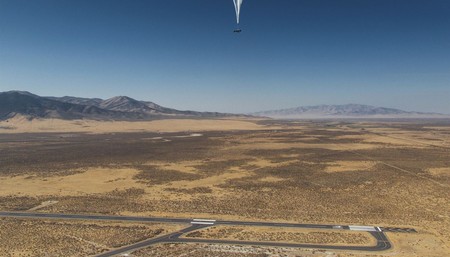