Our National Media Suffers From Employment Privilege, and It's Showing 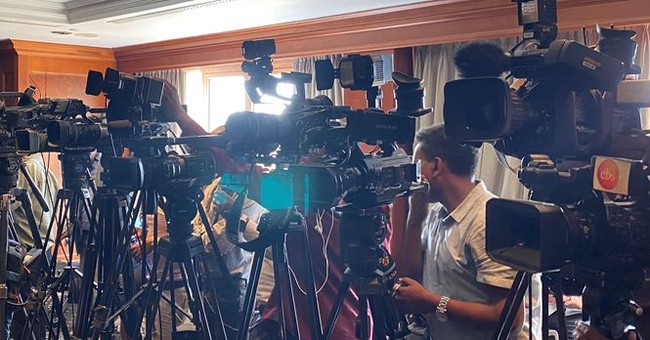 A few states, especially in the south, are deciding to open up now that the worst of the COVID-19 threat appears to have passed over them. Despite the fact that there are still several areas, even in some of these states, that are hotspots, overall, things look okay enough for citizens to begin returning to work, and return to some sliver of the life they knew before.

In Georgia, the Atlanta Journal-Constitution released an op-ed saying that Governor Brian Kemp was acting “too soon.” They attack his plan to allow businesses to open up late this week and early next week, despite the fact that his order specifically states the stay-at-home order is still in place (meaning, you go run your errands or you go to work and then you come home, nothing extra). People in rural parts of the state — and, indeed, in rural parts all over the south — see the virus numbers decreasing. They see a light at the end of the tunnel. And they are desperately hurting, financially.

Despite that, the press is attacking states like Georgia, Florida, and South Carolina, because those journalists are based in major metropolitan areas and simply do not understand life in these rural areas.

They, you’ll note, are still employed. They are still working. They aren’t hurting in the economic ways people in these states are. They are based in and around Washington D.C. and New York City. They are working right now, and don’t have the pressure on them to find a way to make ends meet because their job is suspended or just gone. They don’t know the struggle from month-to-month over whether or not their business is going to survive this.

There is an employment privilege here. It is badly obvious, and they are not handling it well. Don Lemon’s unhinged rant on people protesting because “they want haircuts” is an incredibly obvious example. People aren’t protesting the lockdowns because of haircuts. They are protesting because they literally cannot survive if they cannot get back to work.

Yet, the media doesn’t seem to understand that. If they do, they are choosing to sneer at the poor, unfortunate souls whose jobs aren’t guaranteed in times like these. That there is no empathy here fully explains why their approval rating is so low, and why Trump wins his exchanges with them at every turn. It’s not necessarily that Trump is rhetorically stronger. He’s just connecting with average Americans in ways they can’t, and it infuriates them that the common people won’t accept their points of view.