A Matter Of When, Not If, Barack Obama Will Endorse 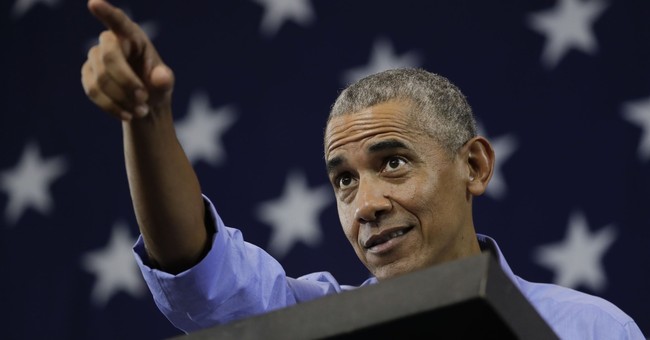 There are a lot of eyes on Barack Obama, the last Democratic president and currently the most silent one. Even Jimmy Carter met with Pete Buttigieg – although the former South Bend mayor dropped out of the race that very day (I’d like to believe that Carter told Buttigieg he was a fan and that’s what led Pete to drop, but I digress) – but Obama does not outwardly appear to be taking anyone’s calls.

The situation is frustrating to Bernie Sanders, who cannot build up a base with black voters without Obama. Joe Biden has been capitalizing on his association with the Obama Administration, and it has paid off well over the last week. Sanders even voiced his frustrations over it on Rachel Maddow’s show Wednesday night.

It seems apparent, however, that Obama is making moves to solidify Democratic support behind Biden, though he is publicly saying nothing. Consider that, on Monday, the marathon of endorsements included Susan Rice, the former National Security Adviser to Barack Obama.

It is important to understand why Obama would both want to make sure that Biden wins the nomination yet wouldn’t make a public announcement until he had to. Obama is a man who wants to make sure that his legacy, as both the first black President and as a party leader, is secure and free from scandal or controversy (as the Democrats would see them, anyway). This means that he is going to make sure what he accomplished as president and what the party remembers him for has to be intact going into history.

Sanders is the biggest threat to that legacy. His entire campaign is built on the idea that Obama simply wasn’t good enough and we need to blow it all up and start over. Biden’s campaign began to touch on this with a great ad in South Carolina reminding black voters that Sanders wanted to primary Obama after his first term. Sanders has no regard for his party’s history, and will do everything he can to build his own utopia free of the restricting hand of party precedent.

However, Obama can’t just come out and say it, because Sanders is proving to be the guy who comes closest to rebuilding the coalition of voters that Obama built in his first run, and Obama remains popular among those crowds. Sanders has incredible support among young voters, Hispanic voters, LGBT voters, and urban white voters (particularly men). The only demographic he is really missing is black voters, but they are aligned with the Obama legacy. Sanders can’t unite the Obama coalition under him so long as Biden is in the race, and Biden simply won’t be able to do it because most Sanders voters are loyal to him and him alone.

That’s why the race remains so close. Each candidate has what the other needs, but neither base will back the other in the current climate. If Sanders successfully makes the case that his way, not Biden’s – and, therefore, not Obama’s – is the right way, he’ll lose black voters. If Biden makes the case that Sander’s way is the wrong way, those ultra-progressive voters won’t turn out for him.

And that is Obama’s coalition split in two, keeping him from saying anything one way or another because it will hurt him among those groups, and he still wants to be seen as a leader and someone with authority. His absence in this race helps him but hurts the other candidates. If he were to come out and endorse Biden, it kills his popularity among the groups following Sanders. If he endorses Sanders, he is basically endorsing the destruction of everything he worked for as President himself.

He will endorse, though, and when he does it will be for Biden. There is no way he can go with Sanders and endorse the destruction of his legacy. Pride simply won’t let him, and from a tactical perspective, Obama believes along with the rest of his party’s leadership that Sanders simply can’t win.  Obama’s endorsement will come when Biden can break away and secure his lead in the delegate race. There has to be a mathematical elimination of Sanders from winning a plurality of delegates and Sanders’ polling drops. Then, he will endorse. I can’t see him endorsing before that time, but if Sanders becomes a big enough threat, he could make that call.

However, that does not mean he’s staying completely out of it. At the very least, we know his surrogates are making calls. It’s one thing for the DNC to call O’Rourke, Klobuchar, and Buttigieg and make them endorse Biden. It’s another to have Susan Rice come out and do the same on the same day, along with Harry Reid. There is a greater network than just the DNC making that happen, and Obama’s team is still strong within the Democratic network.

He will endorse, but not yet. It’s only a matter of time, though, with the way that this primary is going.