The Impeachment Clock Has Expired

It is very easy to see what the strategy was meant to do.

With a coordinated launch and slow roll-out, Adam Schiff thought he could maintain control of the narrative and drip-drip-drip the evidence that President Donald Trump had committed some impeachable offense over weeks and weeks in order to win the public’s support for impeachment. He did so at the expense of his party leader and Speaker, Nancy Pelosi, who was opposed to such actions. He essentially threw her under the bus in order to make a name for himself as the guy who brought down Trump.

This is the same Adam Schiff who proudly told America that he had irrefutable evidence that Trump had coordinated with the Russians. He just knew Robert Mueller would deliver Trump’s head on a platter. And now he wants all of us to know that he’s got Trump this time.

He is, essentially, Wile E. Coyote. And he has blown himself up just as many times.

Whether or not Schiff has the goods remains to be seen. Given what he’s released up until now, and the hearings he’s put on for the public to see, it’s hard to say he’s got something. But, if he does, he hasn’t shown it yet. He’d rather play the slow game and get the American public worked into a raging, anti-Trump mass and put pressure on the Republicans to back his play.

What Schiff and countless other Democrats have failed to remember is the absolute disdain for long, drawn-out stories. The American public’s attention span is only so long, and a careful look at the polling shows it’s pretty much up. The Democrats are losing the public’s support. They’re tuning them out, turning off the hearings, and going about their day.

And why should the American public care about what Trump may or may not have done with Ukraine? Most Americans who were unemployed have jobs again. Their wages are higher. The economy is working for them. What has Adam Schiff done but constantly opposed the one President who appears to have turned it all around?

The Democrats have absolutely lost touch with the America around them. National media outlets that are filled with political operatives masquerading as journalists are trying to explain to a disinterested public that Trump is absolutely going down. Politicians tell citizens that it doesn’t matter that things are better under Trump because he is a Bad Man and must be stopped before he does more Bad Man things.

The clock has expired. The Democrats don’t have a case, they are risking pulling their presidential candidates off the trail in order to have a trial in the Senate, and they are making sure that their peers in tough purple districts risk their seats (and therefore the majority) or vote not to impeach Trump, making him look stronger than the Democratic Party.

Was the media hype worth it? Was the spotlight everything they wanted? I hope so, because it seems to be all they’re getting. 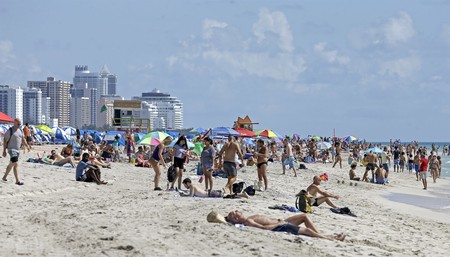