It’s not a secret that college campuses are the incubator of terrible socialist ideas and policies, and that for at least two generations professors and administrators have been openly hostile to conservative thought or speech. Over the last decade or so that attitude has increasingly permeated the student bodies themselves, to the point that students are now actively policing their fellow students’ speech and meting out the consequences they believe are warranted.

University of Texas-San Antonio student Jaycie Burton is one of the latest to face the thought police mob, and sadly this mob was led by her own sorority, Zeta Tau Alpha. Jaycie, who was also a member of Turning Point USA’s UT-SA chapter, made a TikTok post supporting President Trump and the “All Lives Matter” movement in August, just as students were returning to campus.

Here is a copy of ZTA’s digital media policy; unless making a Tik Tok post supporting the President of the United States and signifying a belief that all lives matter is somehow not promoting a positive image of the sorority or in poor taste (which is probably what the thought police argued), there’s nothing in the policy that fits Burton’s post. Of course, Jaycie fought back against this ridiculous attempt to squelch her First Amendment rights and refused to take down the Tik Tok.

Over the next two months, Jaycie was antagonized and harassed by her ZTA sisters about her conservative values. They told her that All Lives Matter is a racist movement and that its rival movement, Black Lives Matter, enforces the diversity and inclusive standards their sorority stands for. Sadly, after a disciplinary hearing on October 25, Jaycie lost her battle and was stripped of her sorority membership completely. As a conservative in California, I’m well aware of how difficult it is to stand as a conservative in a fully liberal place, and have argued that we don’t defeat the liberal progressive cult by surrendering territory to them. Make them fight for every single inch. So, I believe it’s a good thing for young conservative women to not allow politics to keep them from joining a sorority if that’s something they would otherwise do. But, when a sorority can kick you out for simply having and expressing a different opinion, because they’ve now branded that different opinion as violating ethical or moral standards, how can one fight back? If you’re not in the arena, you can’t fight.

I am a proud member of Alpha Phi, one of the country’s oldest sororities (though technically it is a fraternity). I was a conservative at the time I joined, in 1990, and wasn’t afraid to share my opinion even then. If I was attending Boston University today and was as vocal with my opinions as I am today, I have no doubt that I would be targeted. I’d like to hope not, but given Jaycie Burton’s experience, and the fact that both Amy Coney Barrett’s sorority and the Girl Scouts were raked over the coals for even acknowledging her historic confirmation as an Associate Justice of the Supreme Court, I believe the odds wouldn’t be in my favor.

As for Burton, she’s now serving as president of UT-SA’s Turning Point USA chapter, where she continues to pursue her goal of forging lifelong relationships & helping her fellow students.

While you’re reading this, think about joining our VIP program. It gives you an ad-free experience and access to some unique content on RedState and its sister sites, Townhall, PJMedia, HotAir, and Twitchy. If you use my personal code, JENNIFER, at checkout you get a discount and I get a small part of that as a reward. 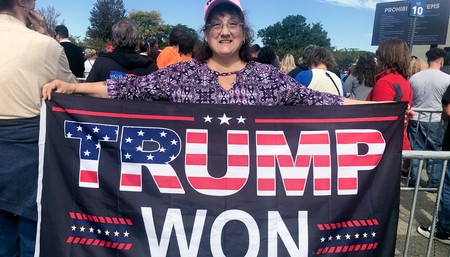