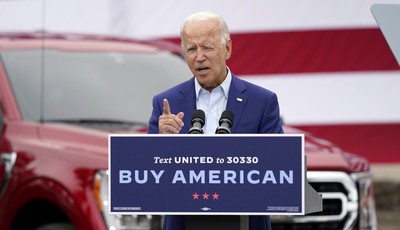 Former Vice President Joe Biden continues to struggle with appealing to the moderate wing of the Democratic Party while not alienating the far-left progressive faction. His latest move has elicited fervent criticisms from the latter.

Last Friday, Biden decided to add Cecilia Muñoz, a former official under the Obama administration, to his team of senior transition advisers. Muñoz was the face of the White House’s immigration policy under Obama and has been criticized for her role in deporting more than 2 million illegal immigrants during her stint as adviser.

Immigration activists and open borders advocates lambasted the former Vice President for the move, which they saw as a potential return to Obama-era immigration policies if Biden were to win the election.

Erika Andiola, advocacy director for The Refugee and Immigrant Center for Education and Legal Services tweeted, “Huge mistake. Huge. Huge mistake. Worst part? We have no other option. I guess we gotta pick our opponent. That’s what it has come down to.”

Pablo Manriquez, a former spokesman for the Democratic National Committee, said “If Biden wins, no one from the Obama administration should be allowed to touch the immigration policy portfolio.”

He also pointed out that Muñoz “has spent years of her public service dedicated to the smooth execution of mass deportation policy at the West Wing level.”

Muñoz has been the subject of criticism from the far left because they feel she did not do enough to promote immigration rights. Instead, she defended policies that advocates feel were overly harsh on illegal immigrants.

However, Biden’s running mate, Sen. Kamala Harris (D-CA), might help him shore up Latino votes with her voting record, which happens to be one of the furthest left in the Senate on immigration. But there is another problem with selecting Muñoz as one of his advisers: The fact that the “kids in cages” controversy began under the Obama administration.

The former Obama official tried to downplay the administration’s use of the practice in an interview with NPR. “In 2014, we saw an enormous spike, compared to what usually happens every year, in the number of kids crossing alone into the United States,” she told the host. She continued, stating that, “we didn’t have enough shelter facilities because we had a huge increase. And so kids ended up kind of piling up in Border Patrol lockups, which are no places for children.”

While the corporate media and the Democrats have tried to minimize the practice under Obama to cover for their hypocrisy on the matter, those on the far left might see it as yet another reason to stay home in November. Biden’s voter enthusiasm is already dangerously low and his choice of adviser might be yet another factor that drives it lower.