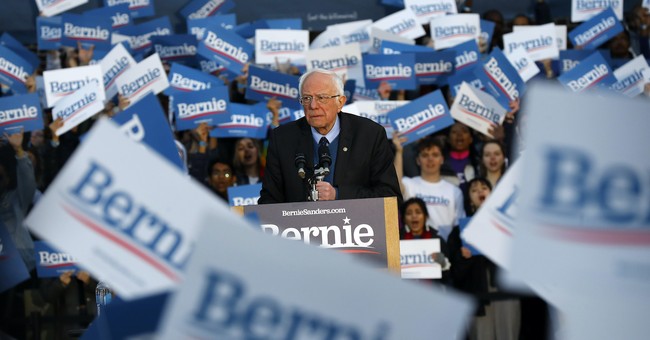 The Bernie Bros seem to be realizing that their champion, Sen. Bernie Sanders (I-VT), is likely to lose the Democratic presidential nomination to former Vice President Joe Biden. As you can imagine, they are none too happy about it.

In fact, they are already vowing retribution against the establishment vanguard.

The New York Post reported that Sanders’ most ardent advocates are prepared to ensure that the establishment gets its political derriere handed to it in November, even if it means President Donald Trump remains in the Oval Office. Henry Williams, executive director of The Gravel Institute, told The New York Post, that the organization will tell voters to “vote their conscience and to make decisions based on the interests of all the world’s oppressed people.”

He concluded, “I do expect a massive exodus from the Democratic Party.”

Another high-profile Democratic Socialist expressed a similar sentiment. “I don’t know if I could vote for Biden,” he said, without any sense of irony. “Biden is just an old white guy who inspires nobody. I sincerely think he will lose the electoral and popular vote and I know I won’t be voting for him in New York.”

When you look at the numbers, you can see that these threats are far from being a rhetorical paper tiger. Remember, 12% of Sanders supporters cast their votes for Trump in 2016 after the establishment essentially cheated Sanders out of the nomination.

“A whopping 12% of them voted for Trump in 2016, according to an analysis by Cooperative Congressional Election Study. That added up to roughly 216,000 voters in Michigan, Pennsylvania and Wisconsin, exit polls showed. Trump’s combined margin of victory in those states was 77,744.”

It’s also important to note that a significant number of Sanders’ supporters chose to stay home or vote for third-party candidates in 2016 rather than support Hillary Clinton.

Biden’s campaign seems to understand the gravity of the threat. One of the former vice president’s aides told The Post that while his support from “other demographics” could make up for the votes, they might not gain from disgruntled Sanders supporters. But he did note that it would pose a challenge and that they would engage in outreach efforts to bridge the gaps. “It is going to be our job to bring the party together and reach out to everyone and create a united front,” he said.

Well, good luck with that. But it seems clear that the progressive faction is on the ropes against the establishment, which seems poised to deliver a knockout blow. A recent NBC News/Wall Street Journal poll shows that 61% of Democratic voters support the former vice president while only 32% back Sanders.

The socialist wing of the Democratic Party is not winning against the establishment. It is why AOC-backed far-left congressional candidates are being defeated in the primaries. It is the reason why Biden is crushing Sanders in the primaries and the polls.

But even if Biden secures the nomination, the Marxist crowd is not going to throw in the towel. They will simply rebuild and continue building their movement. Next time, it is inevitable that they will put forth a viable contender instead of relying on a 78-year-old white guy who recently had a heart attack. If the Bernie Bros have learned anything from this election, they know that they need formidable leaders if they wish to take on the establishment. The conservative movement better be prepared to respond.

Oh, So That's Why Catholic Students Got Kicked Out of the Smithsonian
Townhall
WHOA: #GoogleLeaks thread tells #TwitterFiles to hold its beer listing bombshell after bombshell
Twitchy
Chip Roy Gets Maxine Waters to Denounce Maxine Waters in Amazing Exchange
Redstate
The Morning Briefing: DeSantis Keeps Staring Down His Haters and Winning
PJ Media