We'd Almost Forgotten About Biden's 'Other' Problem, But the Boys in Missouri Didn't 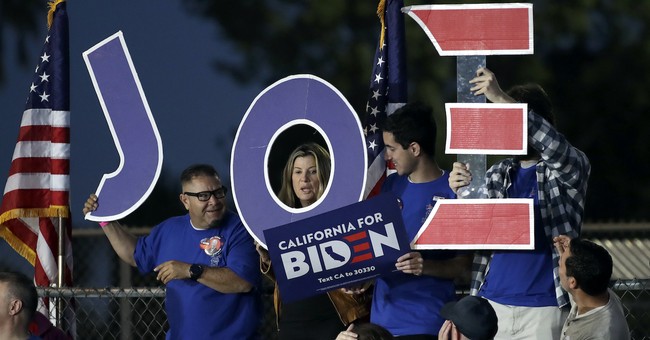 We’ve gotten so caught up in Joementum over the last week, we almost forgot about Joe Biden’s “other” issue. His hair-sniffing issue.

Apparently, Creepy Joe was at it again this week. He was recorded sniffing a baby’s hair. Although it was just a quick sniff, that’s all it took for the video to go viral. Some even wrote articles about it, including one with a very clever title, “Joe Biden Sniffs Again, Without Consent.”

We may have forgotten, but the boys in Missouri didn’t. Protestors showed up at a Biden rally carrying a sign which said, “Joe Biden is a Pervert.”

One resourceful Twitter user has found a solution, but I don’t know if he’ll go for it. Please scroll down for the photo.